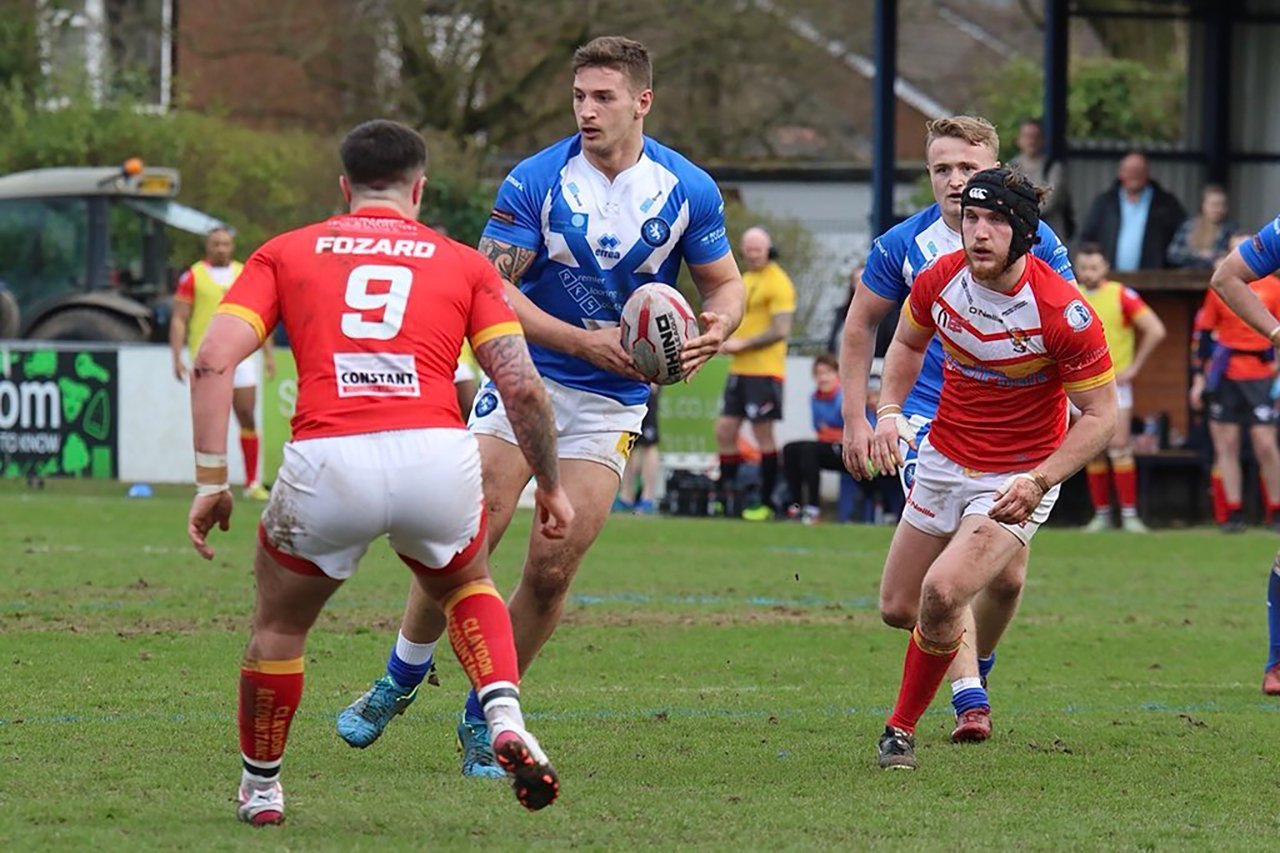 Salford Red Devils prop-forward Daniel Murray featured this weekend for dual-registration partners Oldham RLFC in a 32-18 victory over Keighley Cougars at the Vestacare Stadium.
The Roughyeds raced into a 16-0 lead against the Cougars but the Yorkshiremen pulled it back to 16-14 heading into the interval. However, a dominant second half display saw Oldham run out comfortable winners.
Wakefield loanee Lee Kershaw scored twice alongside tries from Dave Eccleston, Kieran Gill and former Red Devil Liam Bent. Murray was in the thick of the action down the middle for Oldham.
Meanwhile, Gavin Bennion and Levy Nzoungou where both in action for Betfred Championship side Swinton Lions as they fell to a 18-12 defeat at the hands of Halifax RLFC.
Andy Thornley put Swinton in the lead early on before Chester Butler had put the hosts within two points. Marcus Webb’s 50th minute try furthered Swinton’s lead but late tries from Conor McGrath and a second from Steve Tyrer sealed the victory for Halifax. Tyrer had also begun the Halifax comeback midway through the second half.
Swinton Lions Head Coach and former Red Devil Stuart Littler said: “Levy [Nzoungou] is a handful. Him and Gav [Bennion] set the game and took us forward. He’s a big guy.”
Swinton welcome Toulouse Olympique next weekend with both Gavin Bennion and Levy Nzoungou available and you can watch this game completely free of charge with the Lions allowing free entry for any fans wishing to attend. 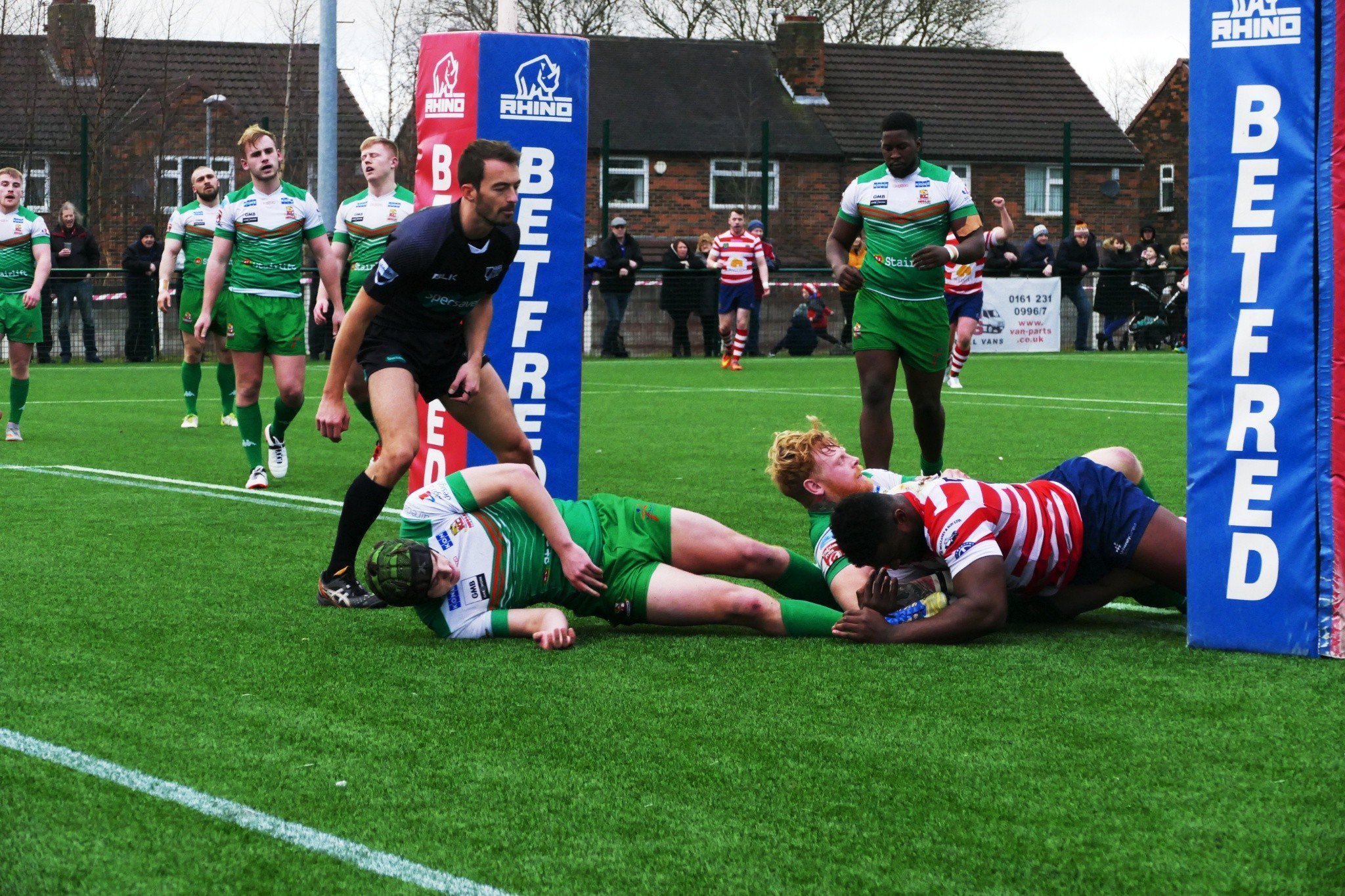 Oldham RLFC earned a dominant 52-6 victory over Keighley Cougars in their pre-season friendly this weekend and two Red Devils featured under the dual-registration partnership which was announced last week.
Levy Nzoungou and Gavin Bennion both played for Oldham in their victory this weekend with the French prop-forward Nzoungou crashing over for a try in his first appearance for the League One outfit.
Nzoungou was impressive from the outset as his offload put Dave Hewitt over for the first try before Zak McComb scored a second. Nzoungou’s powerful running set up Oldham’s third as Steve Nield went over on the back of some big yardage from the Red Devils prop.
Salford’s new signing continued to dominate as he powered his way over on the back of a barnstorming run with less than ten minutes of the first half remaining. Oldham didn’t relinquish control in the second half with Danny Rasool scoring twice as well as Phil Joy, Danny Bridge scoring before Hewitt notching his second with Bennion heavily involved.