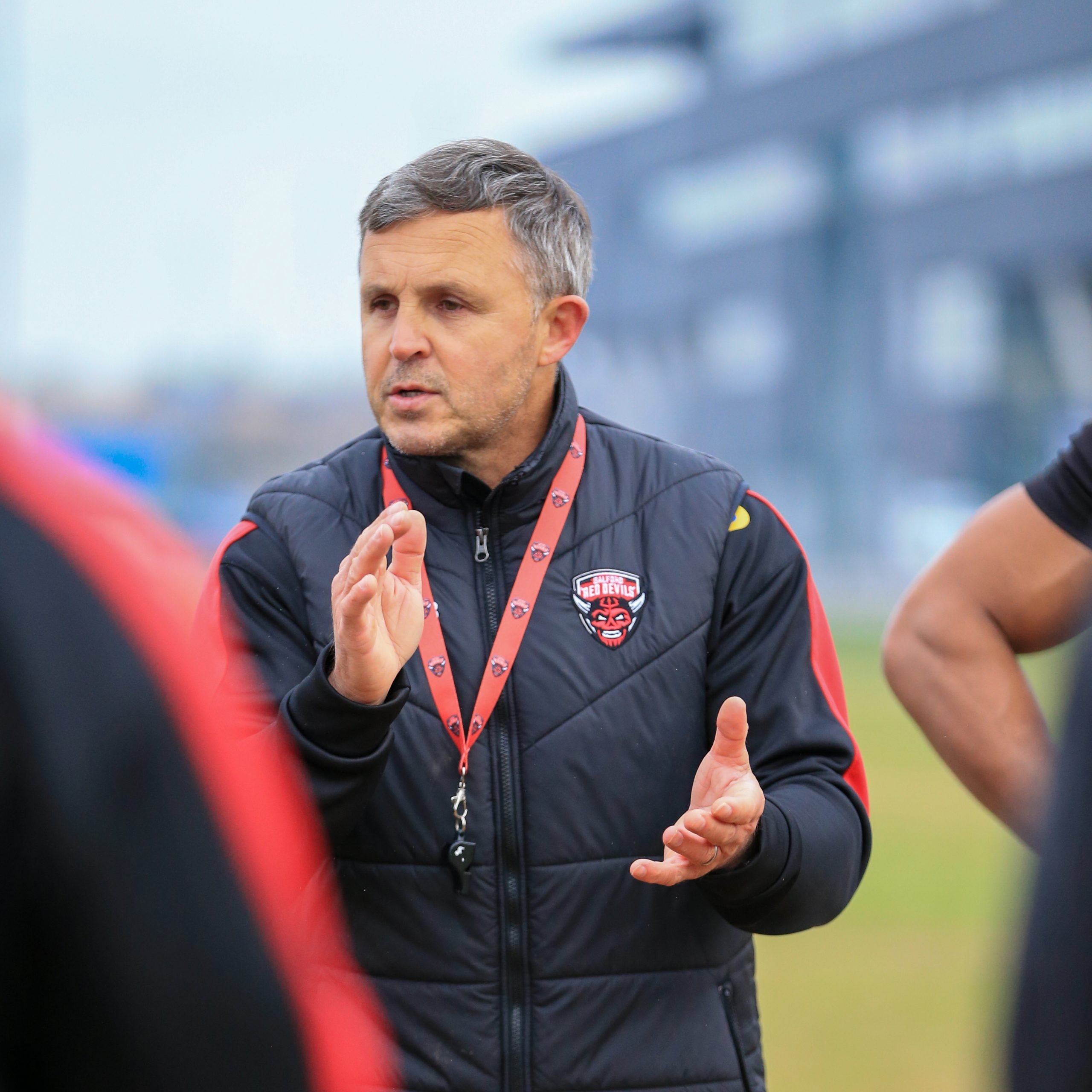 Paul Rowley’s Salford Red Devils begin their 2022 Betfred Super League journey with a trip to the Mend-A-Hose Jungle to take on Castleford Tigers, later this evening.

Tonight’s contest presents a fresh start for an exciting squad to test their capabilities against some tough opposition.

The Red Devils have enjoyed a productive pre-season, beating both the Swinton Lions and the Halifax Panthers at the AJ Bell Stadium, before some encouraging academy talent produced a spirited display despite defeat to the Warrington Wolves in Lee Mossop’s testimonial.

Speaking in his pre-match press conference earlier this week, Rowley said: “I’ve definitely learnt about the lads during pre-season. I think at one time they used to say lock them in the dressing room with a load of beers to learn about them, but I think you learn more about them when it’s tough and we’ve certainly done that.

“I think it’s been positive in that respect and I think anything we’ve learned about any of the players has been in a positive way. A little bit of education on our part, what they do under fatigue or what their common traits are and some have just exceeded expectations.”

Castleford, who finished 7th last season and narrowly missed out on the playoffs, have also had a successful pre-season, convincingly beating both Doncaster and the New York Knights.

After leading Hull FC for over six years, this will be Lee Radford’s maiden season in charge at Castleford, after Daryll Powell left his position to take over at Warrington Wolves.

The West Yorkshire-based side are tipped to have a promising Betfred Super League campaign, so they will be a stern opening test. However, the Red Devils boss says he is only focusing on what his side can do.

Rowley said: “I think you do focus on yourself. It’s difficult because you’re obviously looking at Lee Radford’s style of coaching and how Hull played, but again, totally different personnel and you have to throw in the mix how Cas previously played.”

On Wednesday, the head coach named his first 21-man squad of the season, including new faces Tim Lafai, Ryan Brierley and Brodie Croft, who will be aiming to show their talent and get the campaign off to a positive start.

King Vuniyayawa is also in contention following his move from the Leeds Rhinos, while Amir Bourouh is a young player who is creating a lot of excitement with his performances at hooker.

Rowley confirmed yesterday that the only absentees from the squad as whole at the moment, are Kallum Watkins and Harvey Livett – both suffering from injury knocks.

With a full house expected, it’s shaping up to be an electric night of rugby league. Salford will be looking to feed off the energy of the travelling fans and show just what they’re capable of.