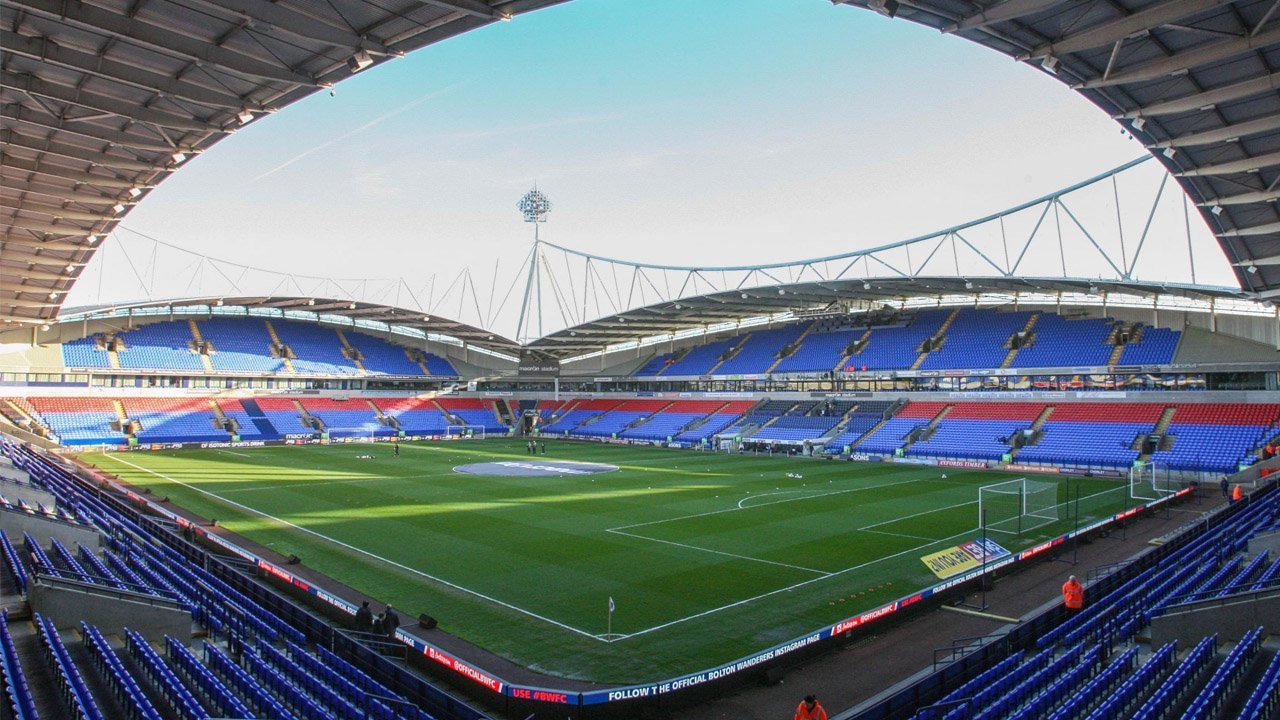 The Rugby Football League have confirmed that the 2018 Ladbrokes Challenge Cup semi-finals will be played as a double header at Macron Stadium, Bolton on Sunday August 5th.
For the first time in Challenge Cup history the semi-finals will be played at one venue on the same day with every minute of the fast paced action broadcast live on the BBC. Macron Stadium, which has a capacity of just under 30,000 is no stranger to Rugby League with three World Club Challenge games and three international Test matches being played there between 1998-2007.
Rugby Football League interim Chief Executive, Ralph Rimmer, said: “The Ladbrokes Challenge Cup is one of the most prestigious competitions in sport and the introduction of a semi-finals double header is a fantastic opportunity to showcase two of the biggest games of the year at one event. Fans rarely get the chance to watch two games on one day that have so much riding on them and I am sure that everyone attending will have a fantastic time.
“The Dacia Magic Weekend, Ladbrokes Challenge Cup Final and the Betfred Super League Grand Final are all huge events in the sporting calendar and we know that they attract fans who do not regularly attend
Rugby League games. We believe that this unique event will offer another opportunity for the sport to showcase itself to a wider audience of event goers and casual sports fans. We believe that by creating the double header for the semi-finals that we will elevate the games and create a memorable experience for all those involved.
“Rugby League prides itself on being innovative and trying new concepts meaning we are one of the very few sports who can put together an event with four semi-finalists at one venue, creating what we hope will be a fantastic occasion. Our thanks as ever go to our broadcast partner for the semi-finals, BBC Sport, who have worked to give us five hours of Rugby League coverage on their channels in one afternoon.”
Philip Bernie, Head of TV Sport, BBC said: “BBC Sport and the Rugby Football League have been working for some time on this innovative idea and we are delighted the semi-finals of the most famous cup competition in Rugby League will be showcased in this way. It will be a five hour feast of Rugby League on Sunday August 5th , with that huge prize at stake – a Wembley final.”
The first semi-final will kick-off at 12.30pm with the second game kicking off at 2.45pm.
Tickets for the double header start at £25 for adults and £12.50 for Juniors. Fans will get great value for money being able to watch the two highly anticipated clashes on one day with over 70% of tickets being available in the cheapest price category.
All four semi-finalist clubs will go on sale on Wednesday June 6 at 10am with club season ticket holders / members entitled to a £4 discount in all categories but these tickets must be purchased directly from the participating clubs.
As a benefit of Our League, the free membership for Rugby League fans, a small allocation of tickets are available to purchase now in Categories 1 and 3. These can be purchased from rugbyleague.tickethour.co.uk. Our League members also qualify for a £4 discount off tickets and should check their inbox for details.
Fans can still get 10% off adult tickets in categories 4 to 7 for the Ladbrokes Challenge Cup Final at Wembley Stadium on Saturday August 25, by purchasing before June 19 at www.rugby-league.com/tickets