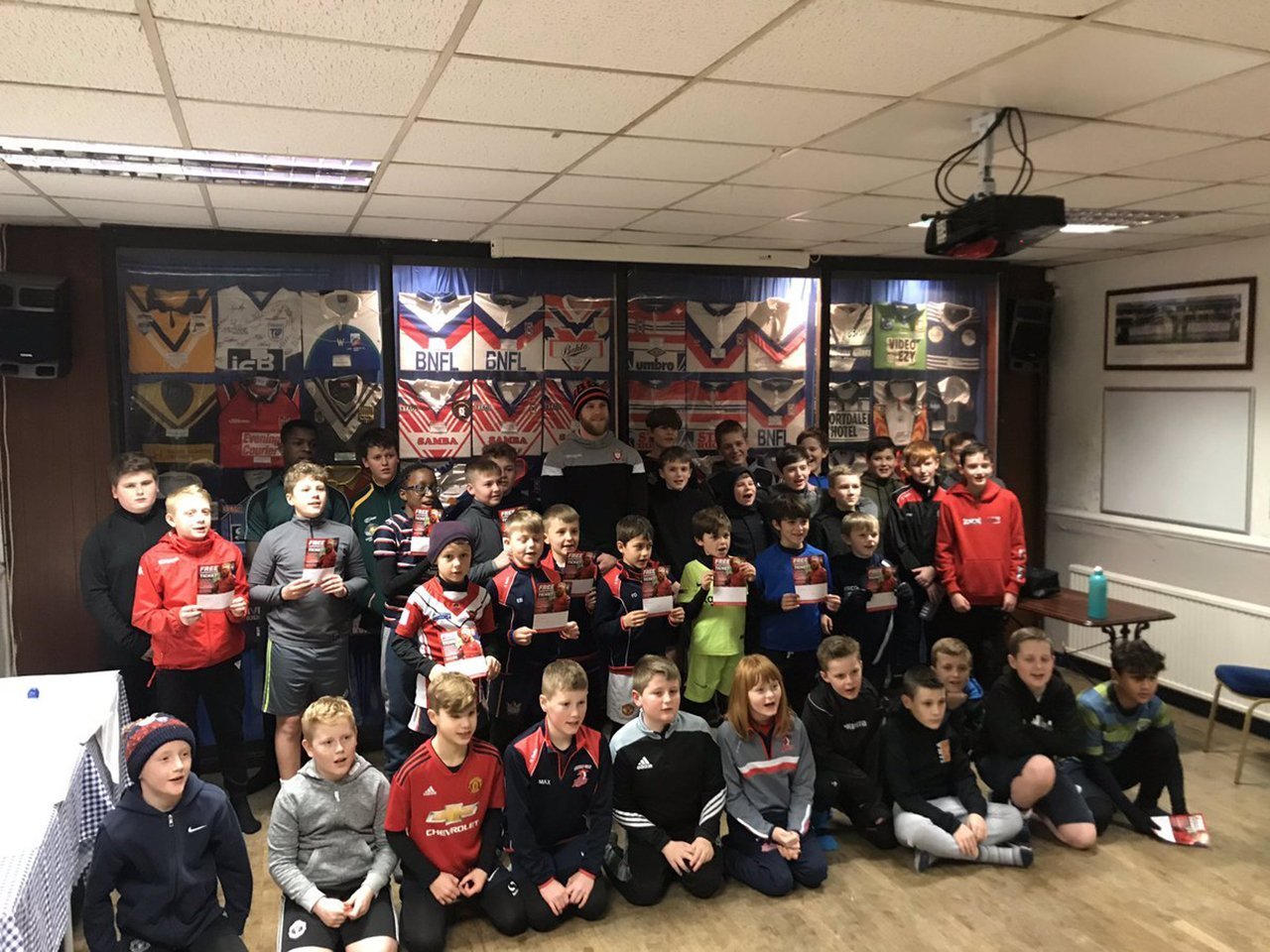 The Salford Red Devils Education Academy U19’s earned a dominant 46-16 victory over Wigan Warriors Education Academy in a curtain raiser to The Red Devils Betfred Super League opener.
Salford were in a rampant mood crossing for nine tries with Jack Ratcliffe, Will Mills and Oreofe Animashaun all notching doubles alongside tries from Dan Goddard, Dane Wakefield and Tom Farr.
Ratcliffe opened the scoring in a back-and-forth opening forty with a fantastic sixty metre break after jinking through the Wigan line after just 43 seconds.
Salford built on this perfect start as Mills forced his way over for a first-half double either side of Animashaun’s try. Farr converted two of the four goals and gave the hosts a 20-10 lead going into the break.
But, it was in the second half that the U19’s really came to life and showed their quality running in five tries and racking up 26 points to the sole Wigan score.
Goddard got the Education Academy off to the perfect start after in the interval before Animashaun powered his way over joining Mills as double try-scorers for the evening. Wakefield soon got himself on the scoresheet to extend The Red Devils lead further.
As the hosts looked to have sealed the game they really turned on the style in the closing stages with half-backs Farr and Ratcliffe both crossing.
Farr emulated Ratcliffe’s opener as he broke from fifty metres out and raced to the line to before his half-back partner Ratcliffe rounded off the scoring on a fruitful evening for the Red Devils Education Academy.
Team Manager, Neil Blackburn, said: “It was a fantastic performance from the guys – We are now into the quarter-finals of the AOC National Cup.
“Wigan are a good side who were strong and pushed us hard in the first half but our lads were out to impress being on the main pitch before the first team.
“We took the upper hand in the second half with good possession and controlled the ruck. Oreofe and Will offered us a lot as big powerful back-rowers while half-backs Farr and Ratcliffe were full of flair.”
Man of the Match – Tom Farr.