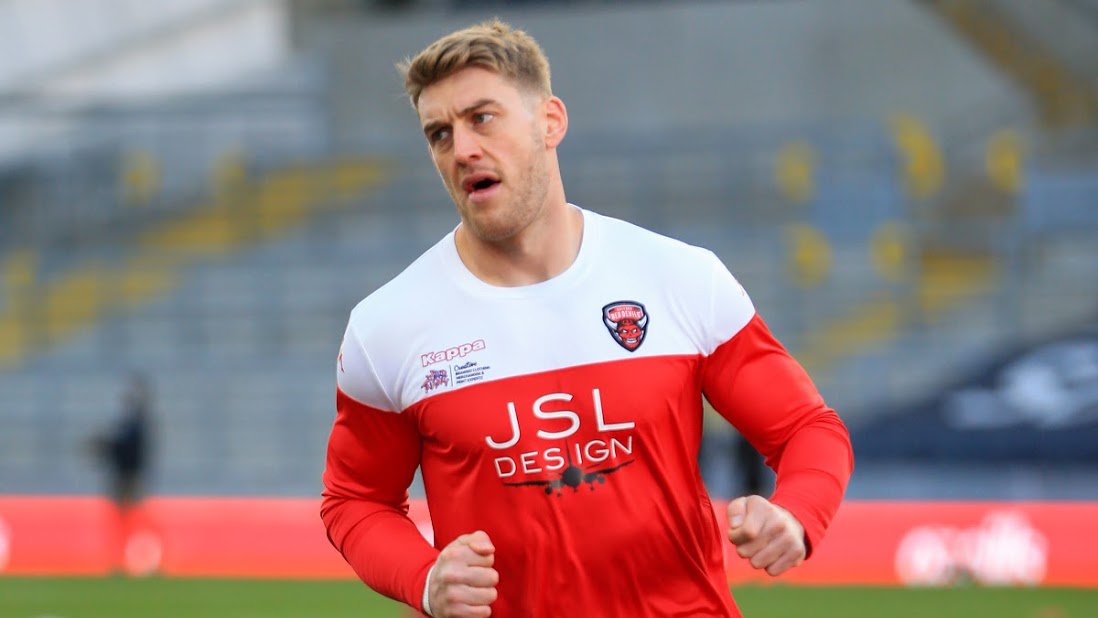 Prop Jack Ormondroyd seized on his opportunity last Saturday, capping off his great performance against Widnes Vikings in the Betfred Challenge Cup with a Man of the Match honour.

Now Ormondroyd will be knocking on head coach Richard Marshall’s door for a consistent spot in the starting line-up.

“My goal is to try and nail down a spot in the team every week,” Ormondroyd said.

“I had a meeting with Rich (Richard Marshall) and Danny (Orr) pre-season, and we set some goals and that was one of my goals. I’ve put quite a lot of work in pre-season and hopefully Rich and Danny have seen that and hopefully it will pull off.”

👏 Read what Richard Marshall had to say about Saturday's Man of the Match @jackormondroyd.

The number 25 made 7 appearances in his debut season in Salford last term. By his own account, Ormondroyd believes his performance against Widnes is a way to help nail down his spot in the Salford team.

There were also a lot of opportunities handed to new signings, with players such as Morgan Escare, Darcy Lussick and Matt Costello all featuring in the weekend’s win.

Ormondroyd talked about building chemistry with the newer players in the squad and the harmony within the dressing room.

“With all new teams it takes quite a bit of time to gel. I think we’ve had a long pre-season, we met up the week before Christmas, so we’ve had a lot of time now together. All the new lads are good lads.”

“That’s a big thing here at Salford, we talked about it a lot last year and this year. I’ve been good mates with everyone, having no bad eggs in the team, and that goes a really long way in making you a successful team. Everybody wants to work hard for each other and work hard for the coach as well. “

The Red Devils return to Betfred Super League action this Saturday against Catalans Dragons in Perpignan. Catalans have won all three of their opening games this season and Ormondroyd knows they are going to be a tough test.

Ormondroyd added: “It will be a tough game. They’ve got a big pack, but I think it’s a good chance for us.

“We didn’t have two great performances in our last two, so we talked about restarting our season against Widnes. It’s a step up this week.”