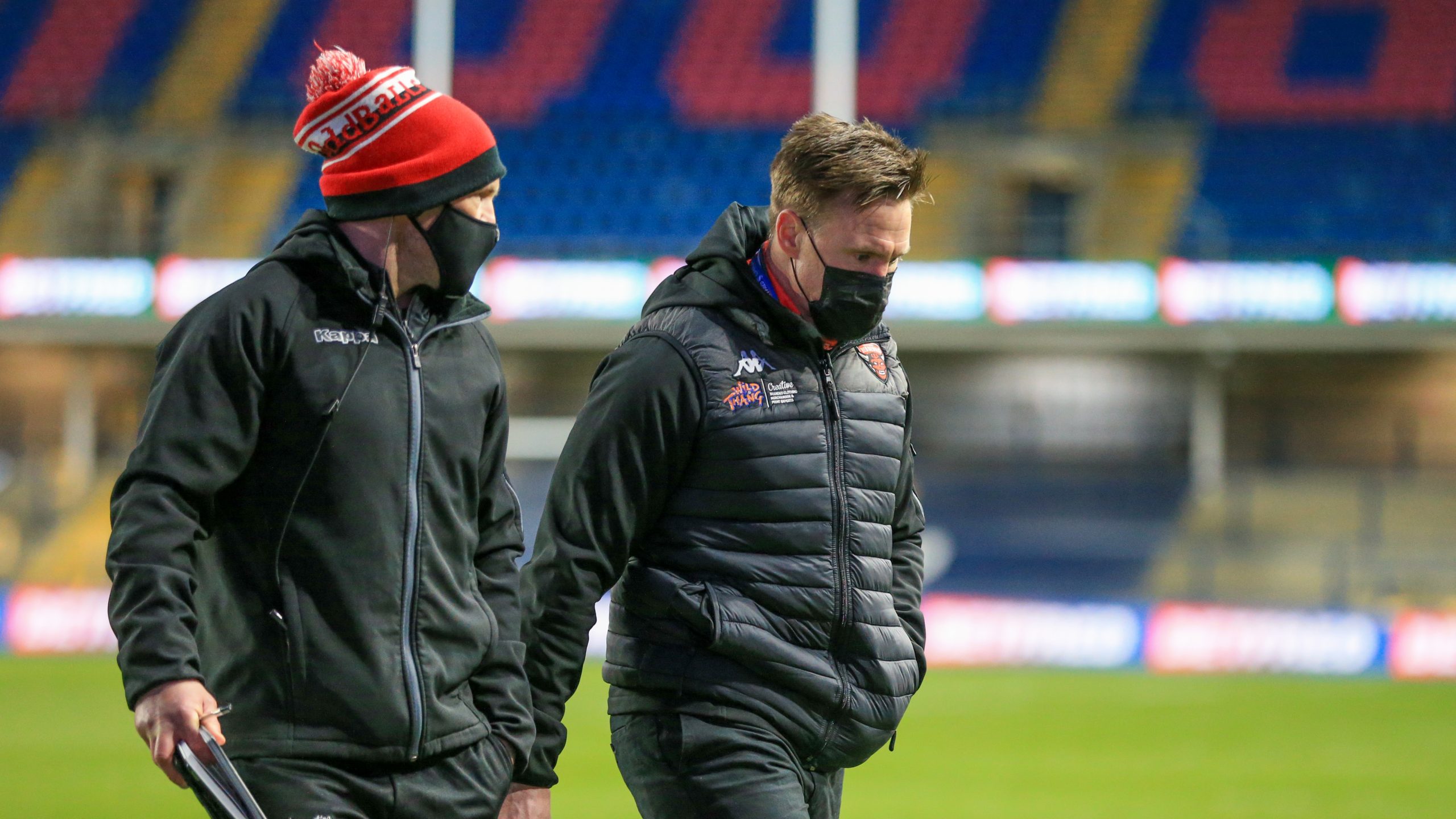 Salford Red Devils head coach Richard Marshall is looking to build momentum from his team’s first Betfred Super League win of the season when his side take on Castleford Tigers this Friday.

Salford ran out 34-8 winners over Leigh Centurions last Friday. Yet Marshall knows that his team will have to be at their best come their next tie.

“It will be a tough game, they’re a good team,” Marshall said.

Castleford lost their first game of the season 22-12 last Thursday to Wigan Warriors. The Tigers sit 4th in the Betfred Super League standings and will be looking to bounce back from their loss when Salford welcome them at the AJ Bell stadium.

But spirits will be high in the Salford camp after their first league victory for not only the club, but the head coach as well.

“We feel good,” said Marshall. “We know we have to play better over the next couple of weeks.

“We’re all in it together. It’s not about me. For our club and our supporters, we owed them a performance. When you do that you usually win the game, so we look to concentrate on the performance first and as a result of performing really well.”

Marshall will have some thinking to do ahead of the clash with Tigers, with a number of regulars potentially unavailable for Round 5.

Marshall added: “We had a couple of injuries from the Catalans game. Kallum Watkins he’s got a small fracture in the hand; we don’t think it’s too bad, but he may miss next week (this Friday).

“Pauli Pauli rolled his ankle, so he wasn’t fit. Elijah (Taylor) has a shoulder problem that we can’t keep on top of.”

You can watch Salford Red Devils vs Castleford Tigers live on Sky Sports, kick-off at 7:45pm, or on Our League if you’re a season ticket holder.