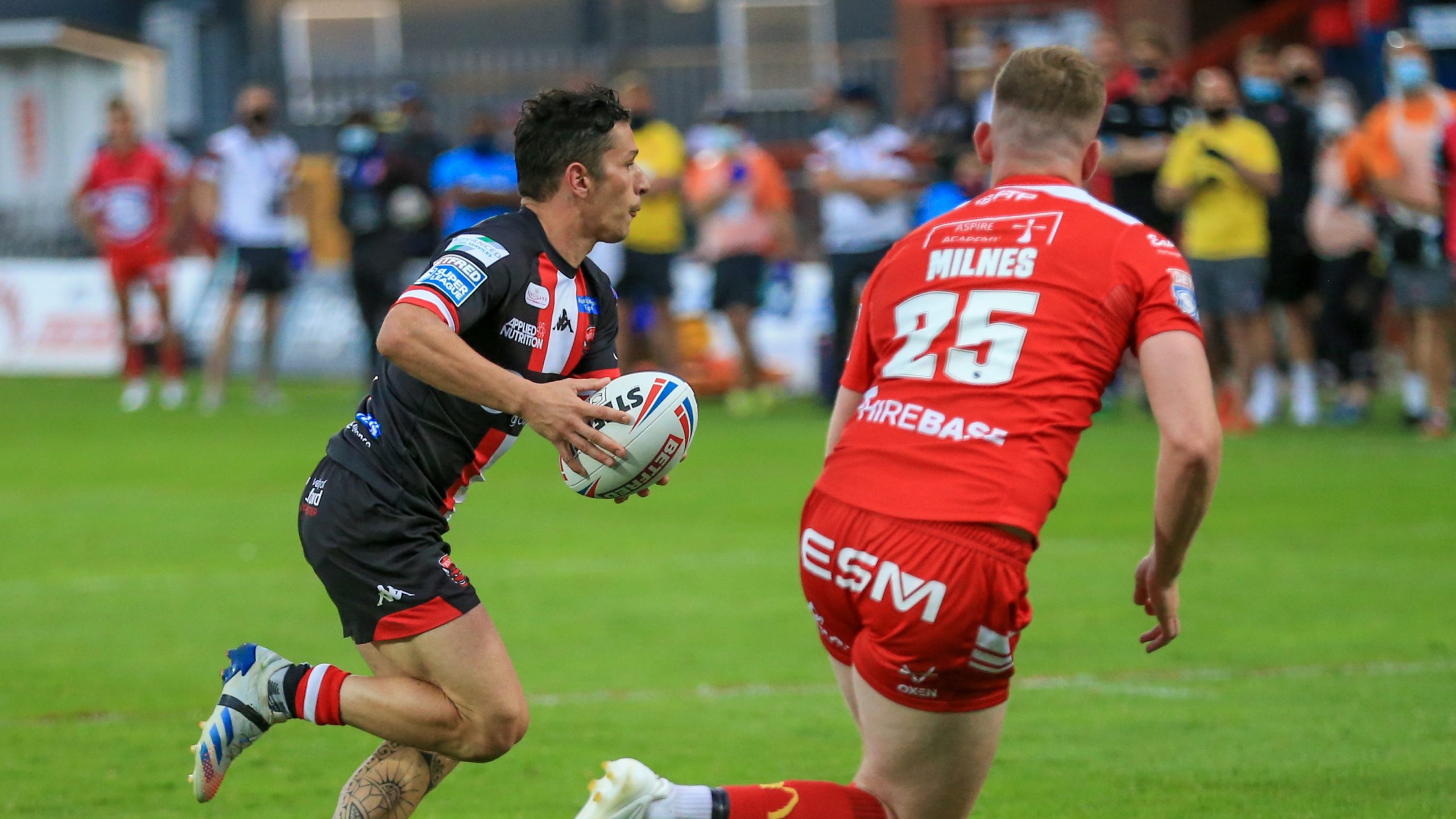 Any hopes that the roasting which Warrington had administered, in the last outing for the Salford Red Devils, would prove to be the low point of their season, lasted for little more than the opening quarter of this week’s away fixture at Hull KR, after which those hopes wilted and were finally dashed by a Rovers side which soared in confidence as the game unfolded.

True, the Red Devils had the better of the opening exchanges, taking the lead after only five minutes thanks to Ken Sio latching onto Tui Lolohea’s most profitable end-of-set kick of the night, to score in the corner.  This was well deserved, coming, as it did, on the back of a period of sustained pressure on the Rovers’ line, and, although Sio was unable to convert his try, Salford were clearly the dominant team and continued to be so for the following ten minutes.

Indeed, everything they produced throughout that period had the hallmark of a team on its way to victory, dominating position and possession thanks in part to a number of favourable penalties, good kick-chases which pinned the home side in their own thirty metre area, and forcing Hull to have to drop out from between their own posts on one occasion.

Sadly, that all changed on sixteen minutes when a missed tackle caused Chris Atkin to have to chase back and halt Parcell’s progress with a magnificent try-saving tackle.  However. Salford’s number 18 then saw yellow after his ball steal on the Robins’ number 9 was deemed as a professional foul.

That was the point at which by far the majority of Super League sides, enraged by this turn of events, would have rolled up their sleeves, upped their own game, and taken their frustration and annoyance out on the opposition. However, it was KR who took back control of the arm wrestle and put two tries past Salford inside 25 minutes to take the lead.

Despite a third try being conceded before halftime, taking the score to 16-4 at the interval, the game was not totally beyond them, and supporters of any team would have expected their players to shake off the misfortunes of the first half, and begin the resumption afresh, in similar vein to how they had started the game.

To a certain extent Salford did endeavour to do so and managed to put a couple of attacks together, one of which produced the half’s only real threat to the home team’s line, when Sam Luckley charged through only to be brought to a halt just short of the line, as also was his attempted grounding of the ball.

Despite losing fullback Adam Quinlan for a dangerous kick, the hosts held on for ten minutes and celebrated their number one’s return with another three tries of their own on the scoreboard. Their confidence and prowess rose as Salford’s resistance faded, and the Robins continued to build on their lead right up to the final hooter.

Last time out, Warrington had looked virtually unstoppable, and despite the colossal score they racked up, much could be attributed to their immense skill and talent, that day.  That was far from the case, on Friday night, however, for Rovers had appeared most lacklustre in the earlier stages of the game and were there for the taking. Marshall’s men now look ahead to Round 10 against Huddersfield Giants as the perfect tonic for a response to recent defeats.