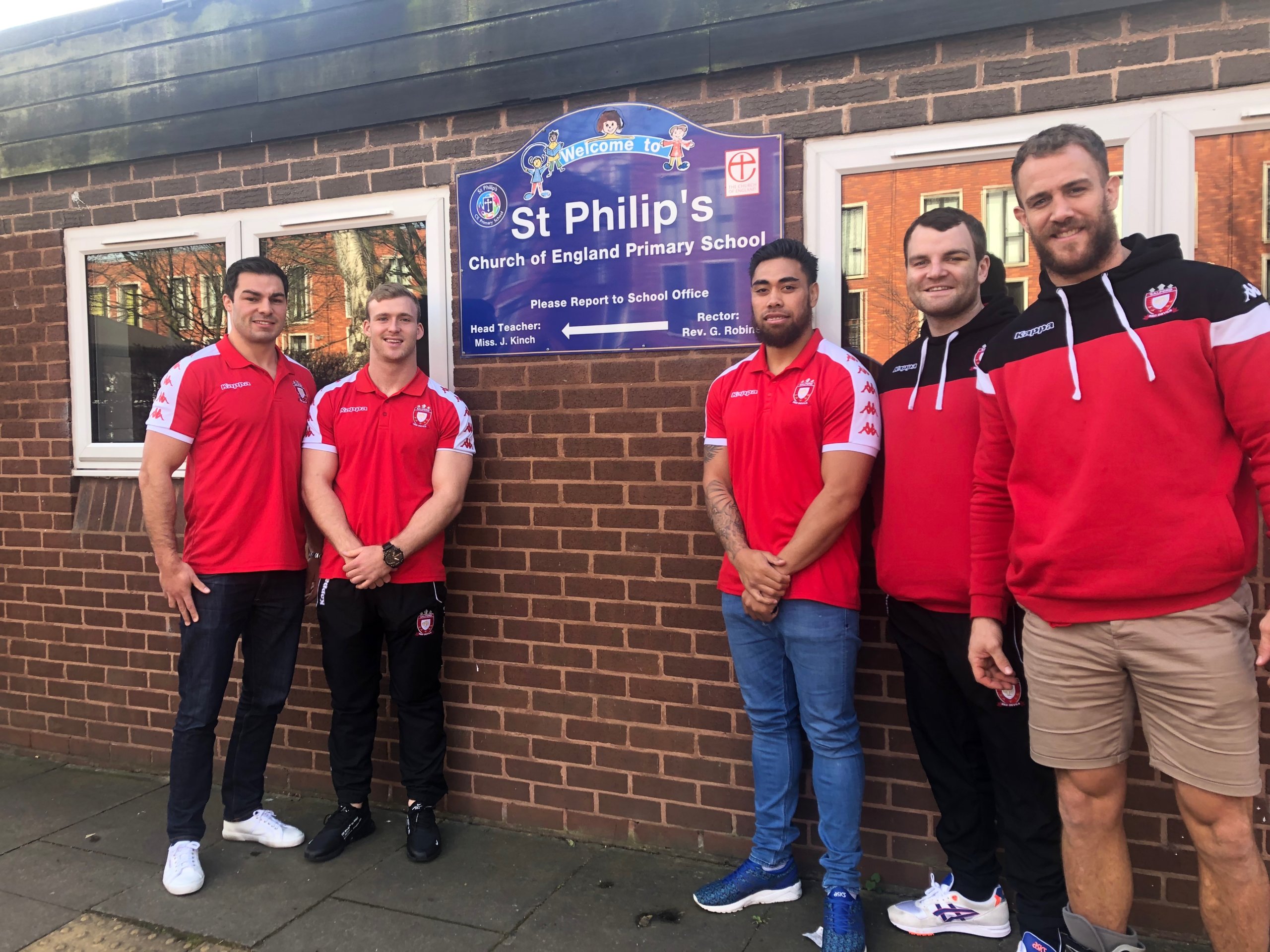 Earlier this week Salford Red Devils visited local primary school St Phillip’s C of E to read to the children as part of the World Book Week.
Salford stars Rob Lui, Joey Lussick, Mark Flanagan, Ken Sio, Lee Mossop and Greg Burke were accompanied by Head Coach Ian Watson and read to age groups from Reception to Year 5. The Red Devils were promoting reading at a young age and the importance of having male role models to the next generation.
The lads read books on a range of topics from dinosaurs to grandparents with Greg Burke getting through three books and Rob Lui staying behind to continue reading to his class who loved the ‘Star Man’s’ entertainment.
Head Coach, Ian Watson, said: “It’s fantastic to have the lads out in the community and doing activities with youngsters such as reading to them as part of World Book Week.
“We’ve got a great group of players at the moment who are more than willing to put themselves out into the community of Salford and promote fantastic initiatives such as this.
“It is important that children are reading from a young age and having positive male role models showing them that reading is enjoyable and beneficial can only help promote that in and around Salford.”

Remember, if you have a child under the age of 11, they can claim a FREE Junior Season Ticket for the remainder of our 2019 Betfred Super League season. Just visit the AJ Bell Stadium Ticket Office or call 0161 786 1570 now.