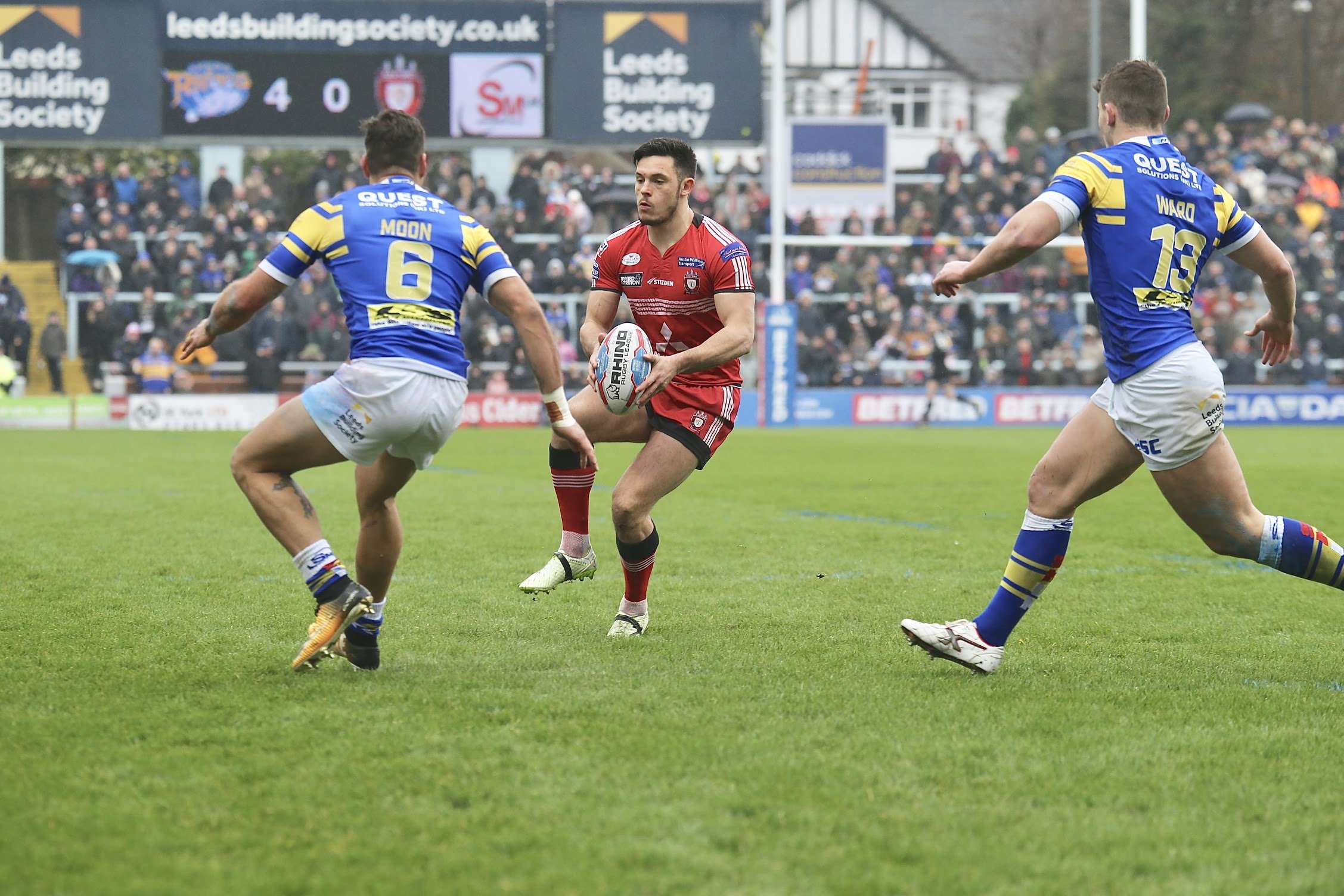 Ahead of tomorrow’s final game of the regular Betfred Super League season for 2018, we take a look at all the facts and figures behind our clash with Leeds Rhinos.
Head-to-Head
Salford Red Devils haven’t had much luck against Leeds since the inception of the Betfred Super League beating the Rhinos on two occasions.
The Red Devils most recent victory against Leeds came in 2016 with Salford earning a narrow 14-10 victory at the AJ Bell Stadium. Salford’s other Betfred Super League triumph over the Rhinos came in 2009 in the form of a 30-20 Easter period win at the Emerald Headingley Stadium.
However, since Ian Watson’s sides last win over Leeds, the Rhinos have won six consecutive meetings with the most recent being a 0-20 win at the Emerald Headingley Stadium in the second game of the 2018 Easter period. Five of these six victories have come at the Emerald Headingley Stadium however with the sides meeting just once at the AJ Bell Stadium over the past two years.
Milestones
Salford Red Devils back-rower Tyrone McCarthy is in line to make his 150th career appearance this weekend against Leeds.
McCarthy has made 24 appearances for the Red Devils since arriving at the AJ Bell Stadium this time last season ahead of the Club’s Ladbrokes Challenge Cup semi-final. Tyrone has also made 31 appearances for Hull Kingston Rovers, 43 appearances for Warrington Wolves and played twice for NRL side St George Illawarra Dragons.
In addition, whilst at Warrington, McCarthy spent time on loan and dual-registration with Swinton Lions (11 games), Leigh Centurions (18 games) and Wakefield Trinity (7 games). The second-rower has also represented Ireland on 13 occasions.
2018 Stats
Jake Bibby’s try-scoring run came to an end last week against Catalans Dragons, but the flying winger remains the Red Devils top try-scorer with 11 tries this season. Bibby is one ahead of the Rhinos top try-scorer in the 2018 Betfred Super League which is Ash Handley. Wingers Ryan Hall and Tom Briscoe are close behind on nine tries apiece.
Richie Myler has proven a brilliant signing for Leeds and currently tops their try-assist tally with 23 in the Betfred Super League; the most of any player in this year’s competition.
Red Devils acting halfback Logan Tomkins is Salford’s top tackler with 630 however he is still sidelines for this weekend’s fixture. Tyrone McCarthy, Lama Tasi and Lee Mossop could all go over the 500 tackles mark for the 2018 Berfred Super League this season.
Leeds hooker Matt Parcell currently tops the Rhinos ranks in terms of tackles with 622 so far this season. Brad Singleton, Adam Cuthbertson and Jamie Jones-Buchanan have all racked up 500+ defensive efforts.

Ready for the Rhinos!Purchase your tickets for our game with Leeds on Friday 27th July from the Club Ticket Office, on 0161 786 1570 or by simply clicking HERE.