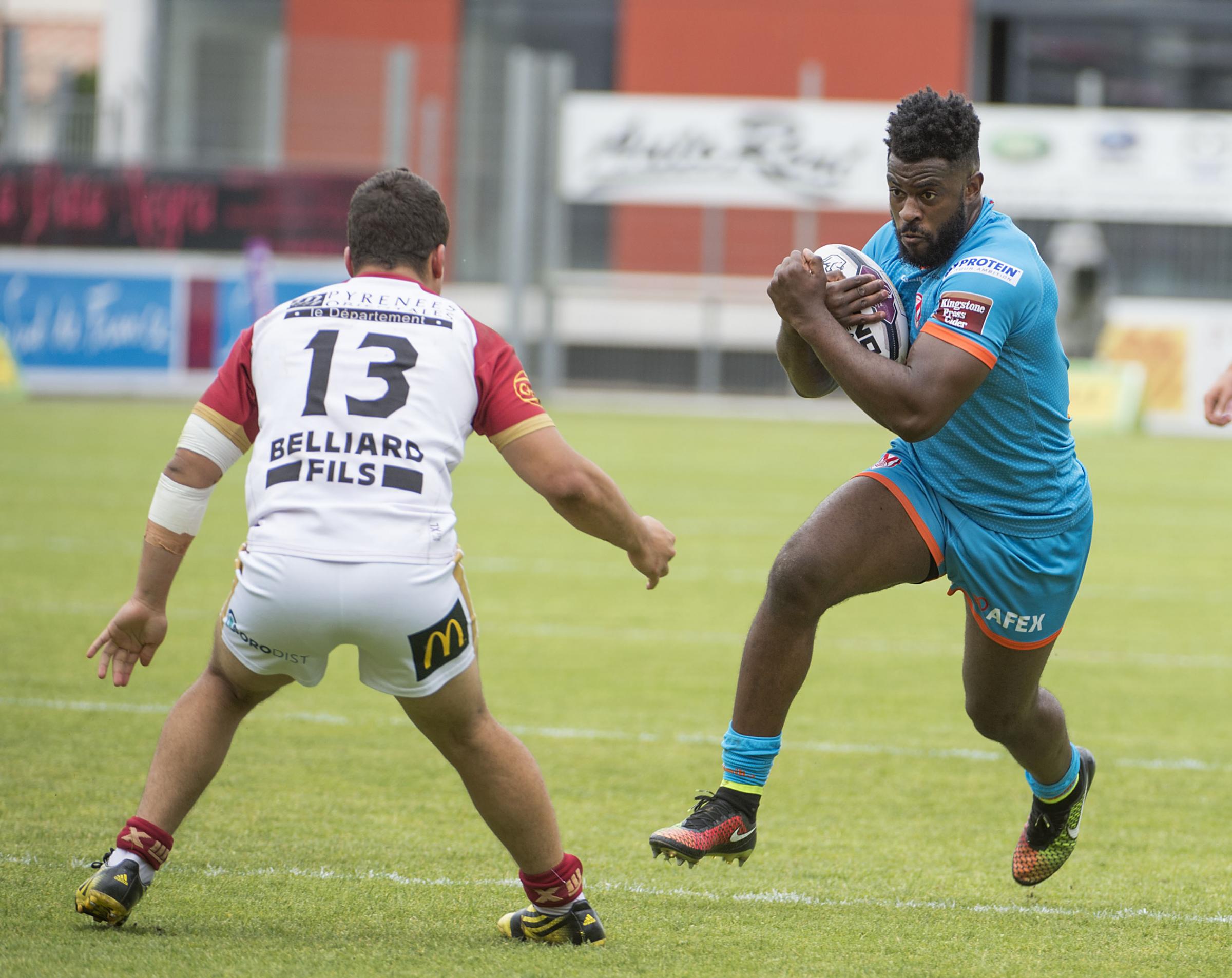 Salford Red Devils are delighted to announce the signing of young French prop-forward Levy Nzoungou.
Nzoungou spent last season at Championship Shield winners Toulouse Olympique following a short spell in the youth system with NRL giants Melbourne Storm.
The prop-forward came through the ranks at St Helens and helped their U19’s side win the Academy Grand Final against local rivals Wigan Warriors on the back of an unbeaten season in 2016.
Salford Red Devils Head Coach, Ian Watson, said: “Levy is a big young athletic middle who impressed when playing for Toulouse.
“I watched Levy play at Toulouse once he came back from Melbourne and the impact he made coming off the bench in the Championship showed he’d developed and learned from his experiences in Australia and at St Helens which we hope to continue here at Salford.
“His strength and leg speed made him a standout performer and his attitude in defence is a clear reflection on his time with Melbourne.”
Salford Red Devils CEO, Ian Blease, added: “Levy is an exciting new capture who I know Coach Watson has had his eye for a while now. I was delighted when we agreed terms for such a talented athlete and I’m looking forward to seeing Levy challenge for a first team spot at the start of the new season.
“Levy is another addition from our new signings that the Club are currently finalising along with Coach Watson. We are strengthening the current squad as promised with talented and hungry individuals that will assist our club to build on last seasons Super League position and push towards another successful year.”
Nzoungou is now the Red Devils fifth addition for the 2018 season following the signings of Manu Vatuvei, Tyrone McCarthy, Derrell Olpherts and Gavin Bennion.