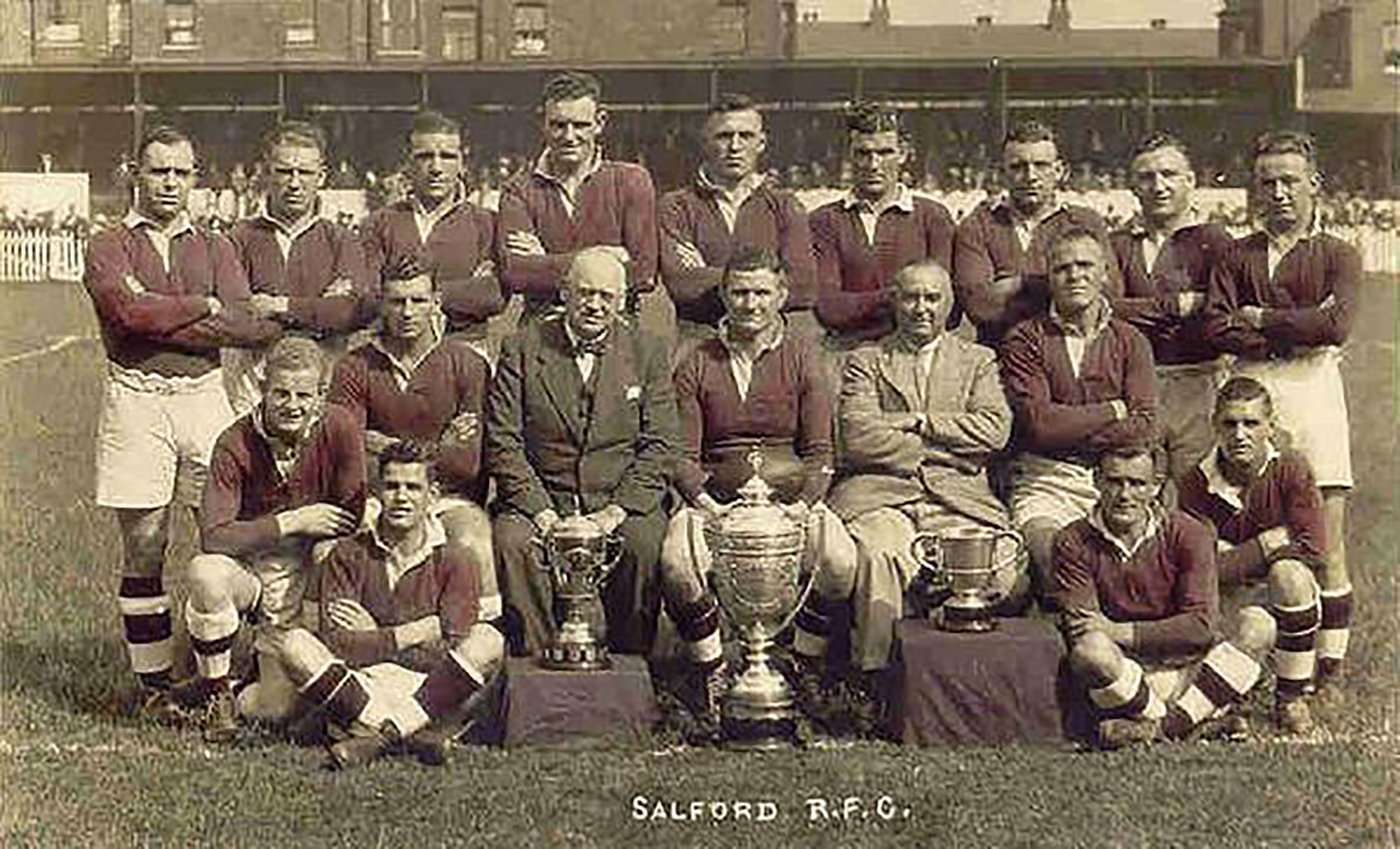 Legendary Salford Red Devils Coach Lance Todd has been named as the man who will lead the ‘Willows Wall’ Heritage Team bringing an end to the voting.
Lance Todd became Head Coach of Salford Red Devils in 1928 and the Club went from close to folding to becoming a real force under his management. Todd led the Club to their only ever Challenge Cup triumph with their 7-4 victory over Barrow at Wembley.
During the 1930’s – in addition to the Challenge Cup victory – Salford Red Devils also won three League Championships, five Lancashire League Championships and four Lancashire Cups.
He remained with Salford up until 1940 and would tragically die in a motor accident on 14th November 1942. Todd represented New Zealand and Lancashire and enjoyed spells with Wigan and Dewsbury during his playing career.
All voting for the ‘Willows Wall’ Heritage Team was done in association with Capricorn Security and the Salford Red Devils Foundation. If you’d like to get your names alongside a host of Salford Red Devils legends contact John.Blackburn@Salfordreddevils.net and get your name on the ‘Willows Wall’ for £25.
Here is the voting in full:
Lance Todd – 48.28%
Andy Gregory – 15.17%
Les Bettinson – 13.79%
Karl Harrison – 11.03%
Cliff Evans – 4.14%
Kevin Tamati – 2.76%
Kevin Ashcroft – 2.07%
Shaun McRae- 2.07%
Griff Jenkins – 0.69% 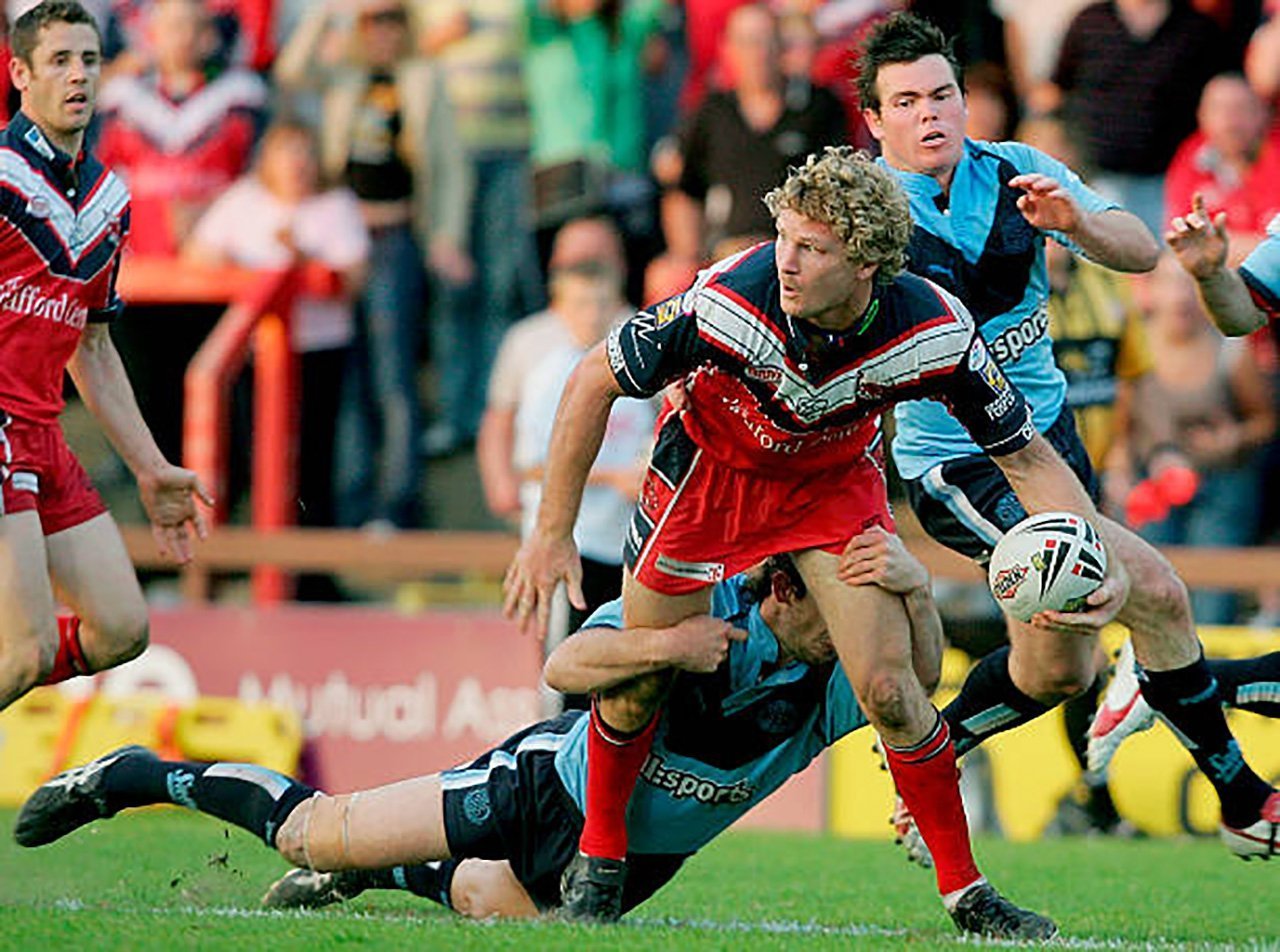 Sean Rutgerson is the next former Salford Red Devil to get his name placed on the ‘Willows Wall’ as part of the Heritage Team after winning our latest vote.
The South African prop-forward featured for Salford between 2004 and 2006 making over 70 appearances and crossing for five tries. He was a part of the 2006 side which finished 5th in the Betfred Super League; the Club’s highest-ever finish in the Super League era up until the 2016 season.
Rutgerson represented South Africa on three occasions throughout the 2000 Rugby League World Cup suffering defeats against Tonga, Papua New Guinea and France.
Prior to arriving at The Willows, Rutgerson spent time with North Sydney Bears and a successful three-year stint with Canberra Raiders. Following his time at Salford, he would feature for Jacksonville Axemen and is now the Head Coach of the USA National Rugby League side.
The next voting for the first second-row position – in association with Salford Red Devils Foundation and Capricorn Security – will be live on the Club’s website and social media channels later today.
Here is the full voting for the second prop-forward position:
Sean Rutgerson – 20.17%
Gary Disley – 18.49%
Paul Highton – 17.93%
Cliff Eccles – 15.13%
Charlie Bott – 9.52%
Alan Grice – 6.16%
Dai Davies – 6.16%
Craig Stapleton – 5.04%
Graham Mackay – 1.40%
Joe Bradbury – 0.00%
If you’d like to get your names alongside a host of Salford Red Devils legends contact John.Blackburn@Salfordreddevils.net and get your name on the ‘Willows Wall’ for £25.