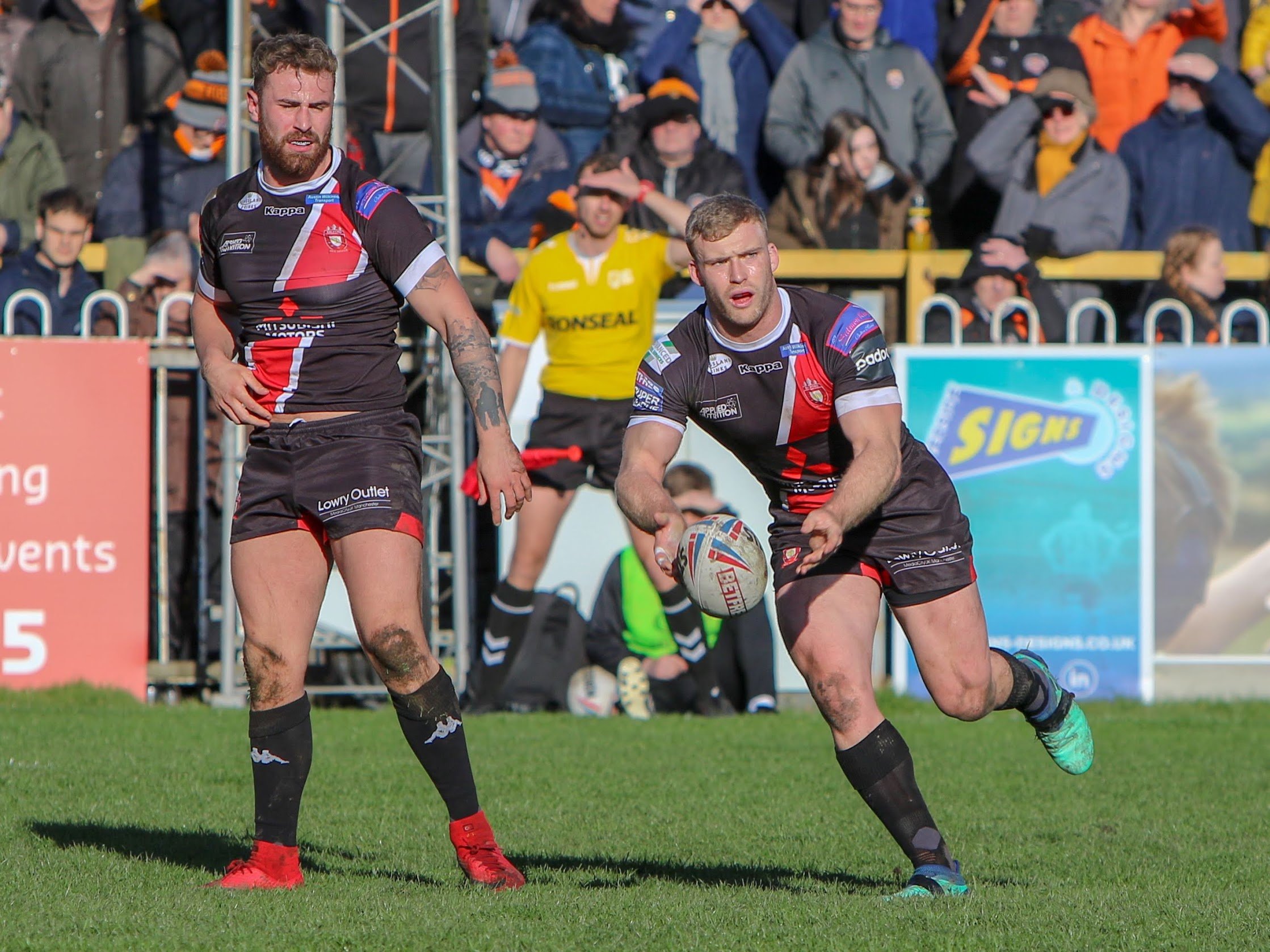 Salford Red Devils ran Castleford Tigers close at the Mend-A-Hose Jungle and there was plenty to talk about from a thrilling Betfred Super League clash.
We take a look at some of the key talking points.
Competing with the best
Following last month’s loss to St Helens, Head Coach Ian Watson pointed to positives and said his side would learn from playing and competing with the best on a regular basis and this is something they displayed this weekend at the Mend-A-Hose Jungle.
The Red Devils fought till the end against Castleford with a late Jake Bibby try almost being the catalyst for a late fightback. At one stage Salford found themselves 18-4 down but some determined and clever attacking play saw them score two tries in quick succession to close the gap further.

Ian Watson’s side went toe-to-toe with the team who have the best win percentage in the Betfred Super League in recent seasons and on another day could have very well come away from Castleford with two points.
While the result wasn’t quite what the Red Devils wanted, if they can maintain the level of performance, we have seen over the last month there is no reason Salford – as Ian Watson mentioned in his post-match presser – become contenders in 2019.
Adam Walker debuts
After almost two years away from the field, Adam Walker made his long-awaited Rugby League return coinciding with his debut for Salford Red Devils. Walker was named amongst the interchanges and entered the field midway through the first half in place of Gil Dudson.
Walker immediately looked a threat with ball in hand causing a few issues for the Tigers defence with Paul McShane getting sent to the sin-bin after tackling the Red Devils forward. The former Hull Kingston Rovers, St Helens and Wakefield Trinity man looked to make an impact as well and will only improve with more game time.
https://www.instagram.com/p/BvJdExfnKv0/
Head Coach Ian Watson said: “I thought he looked dangerously with ball in hand and defensively I thought there were a few times where he lounged in but that’s fatigue and taking that into contact. We’ll see how it pans out when he’s got match fitness. He will get better, and he’ll be a great addition for us.”
Lussick continues to impress
Joey Lussick played a full eighty minutes against Castleford Tigers on Sunday afternoon and was a standout performer for the Red Devils helping guide Salford around the field and crossing for his fourth try of the season.
Lussick has developed into a real threat on the opposition line whether he gets the ball out to Rob Lui and Jackson Hastings at pace or whether he throws a dummy and ‘goes himself’. The Australian has scored in four games this season with three of his tries coming on the road against Hull Kingston Rovers, Catalans Dragons and Castleford Tigers, respectively.

Joey Lussick throws the dummy and forces his way over the line!

In addition, he was an absolute rock in defence making 45 tackles and often going head-to-head with Castleford’s star-man on the afternoon Paul McShane. Lussick’s ability to kick from hooker also offers another option alongside the Red Devils’ halfback pairing.
Lussick will be looking to carry his fine form into another huge Betfred Super League fixture this weekend as Salford welcome Wigan Warriors looking to return to winning ways at the AJ Bell Stadium.
Sin-bin and potential sin-bin
Paul McShane was sent to the sin-bin in the first half for his involvement in an altercation between the two sides which also involved Adam Walker. Unfortunately, during this period the Red Devils didn’t manage to cross the line and capitalise on their man advantage. Paul McShane was central to everything Castleford produced in attack.

In the second half, Tigers centre Alex Foster was adjudged to have tackled Joey Lussick off the ball by referee Robert Hicks as Jackson Hastings looked to find the hooker on a half-break. While Salford were awarded a penalty, the decision was made not to sin-bin Foster.
However, when questioned about this decision, Head Coach, Ian Watson, said: “This wasn’t the reason we lost the game.”