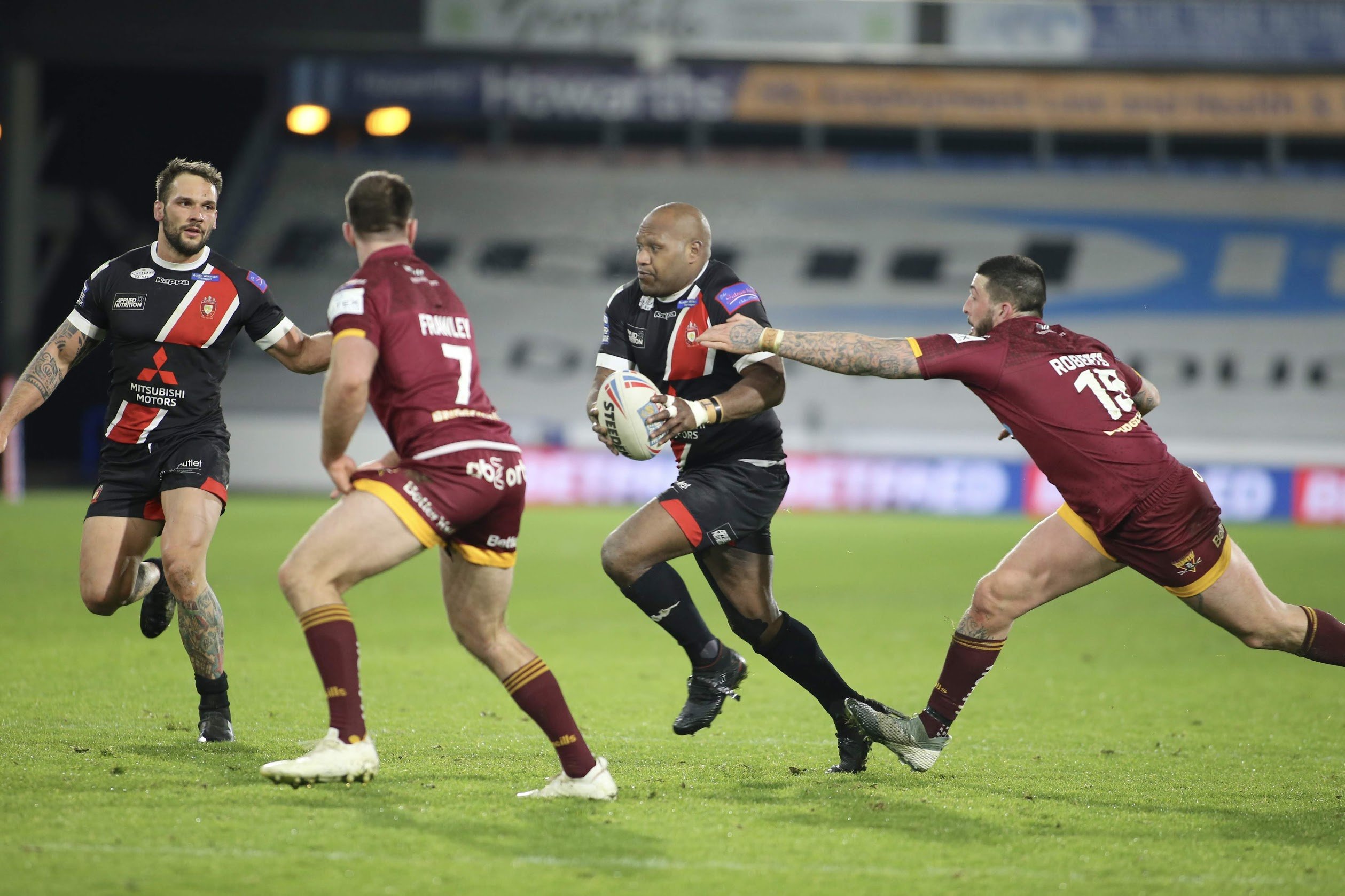 Salford Red Devils opened their 2019 Betfred Super League season with an impressive victory over Huddersfield Giants at the John Smith’s Stadium and there were plenty of talking points from the game.

The Red Devils ran in seven tries in their 14-34 victory with five coming down the left-hand side. Two of Niall Evalds’ three tries were down the left-hand flank while Junior Sa’u opened the scoring and Ken Sio grabbed a brace on his debut on the same side.
Jackson Hastings and Evalds combined on numerous occasions throughout the game after quick ball from the likes of Greg Burke, Mark Flanagan and Joey Lussick. Evalds was the standout performer cutting through the Giants line on numerous occasions as well as setting up one of Sio’s two tries.

???? You can now watch all the tries from last night's 14-34 opening round victory over @GiantsRL.

Sa’u had to leave the field midway through the first half with a rib injury with Jansin Turgut moving into the centres. The Turkish international looked just as comfortable as Sa’u as he set up the first of Sio’s double.

In his post-match press conference, Head Coach Ian Watson pointed to Captain Lee Mossop as a massive contributor to the victory as the prop-forward played sixty minutes for the Red Devils.

Mossop was a constant presence in the middle of the park. The former England international got through a lot of hard yards while keeping a powerful Giants pack quiet for the most part.

It is also Salford’s first victory in Round One of the Betfred Super League since 2014 when the Red Devils overcame Wakefield Trinity 18-14 at the AJ Bell Stadium.

The Salford Red Devils faithful turned out in strong numbers for the opening game of the 2019 Betfred Super League season with both Ian Watson and Niall Evalds praising the following from the supporters.

People ask what do @SalfordDevils bring to @SuperLeague?

Tonight they brought a superb performance and about 1500 away fans. Brilliant. Well done all. pic.twitter.com/c2tgIJkB89

The away following was extremely similar to that of last season’s trip to Halifax and were loud and proud throughout. The Red Devils host London Broncos on Sunday 10th February and will be looking for some more terrific support.