The Qualifiers in Focus | Halifax RLFC

The Qualifiers in Focus | Halifax RLFC 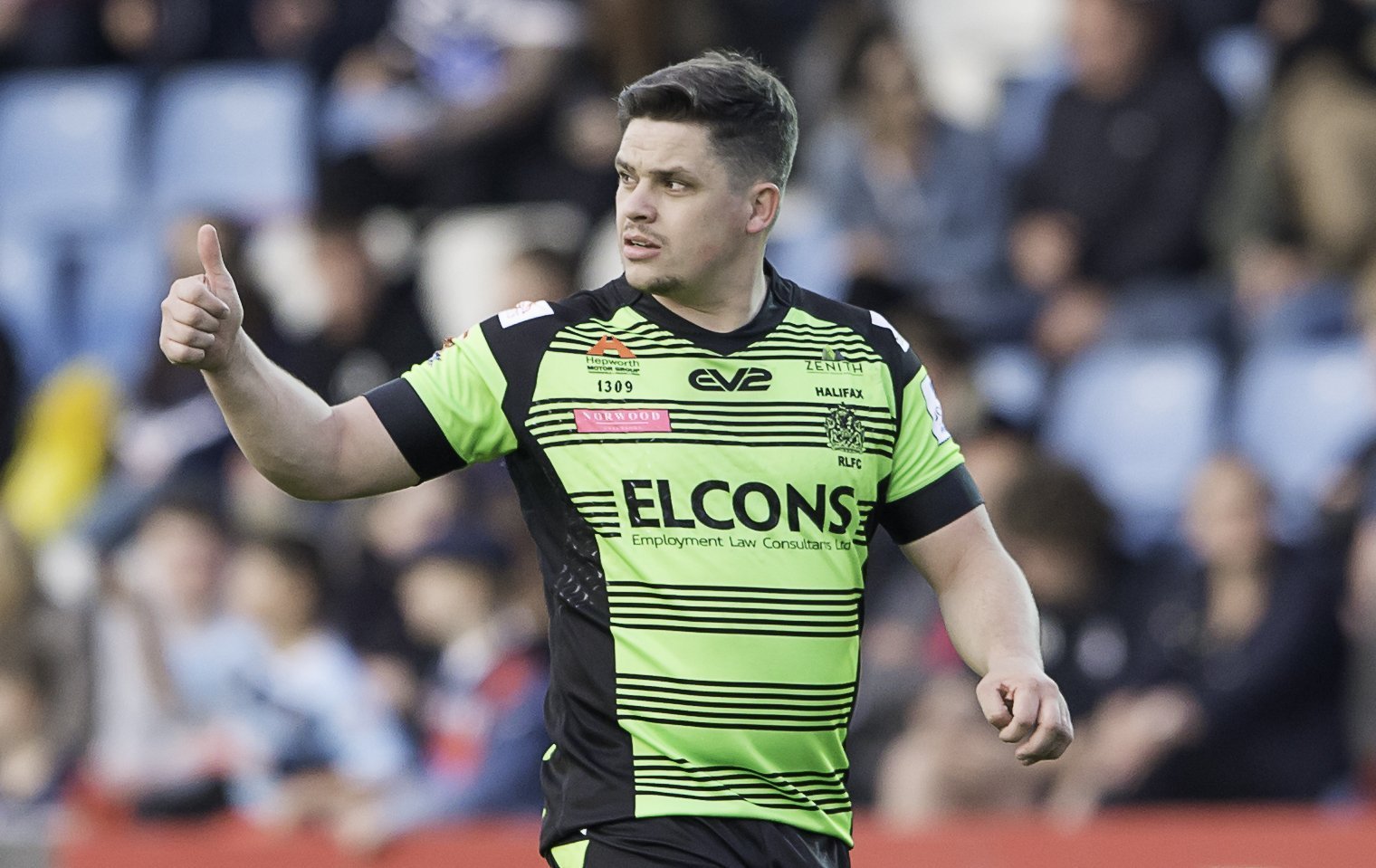 Following the recent Qualifiers fixture release, Salford discovered that they will face Hull Kingston Rovers, Widnes Vikings, Halifax RLFC, Toronto Wolfpack, Leeds Rhinos, London Broncos and Toulouse Olympique. Here we take an in-depth look at the first Betfred Championship side Salford will face off with in the seven-game competition – Halifax RLFC.
Season so far
The 2018 season has been somewhat of a fairy-tale for Halifax RLFC. ‘Fax fought off household names such as Leigh Centurions and Featherstone Rovers to claim fourth spot – and a place in the Qualifiers – in the Betfred Championship table.
Head Coach Richard Marshall has instilled a winning mentality within his troops, this is something that was on clear display during Halifax’s eye-catching 19-14 triumph over high-flying Toulouse Olympique just two weeks ago.
‘Fax – who were formerly known as Halifax Blue Sox – have enjoyed four glorious years under Marshall’s stewardship and will head into the Qualifiers with a firm sight on staking a Betfred Super League place.
It truly would be a fine achievement for the Yorkshire-side, the club operates on a far inferior budget to their rivals yet manages to consistently exceed expectations year upon year.
Despite falling to a 22-8 defeat, Halifax’s display at Warrington in last year’s Qualifiers was one of the most battling, courageous and spirited team performances in several years and this sort of effort has been echoed by ‘Fax throughout the current campaign.
Whilst ‘Fax did ultimately finish fourth, they technically finished joint-second after accumulating the same amount of points – 16 – as second-placed London Broncos and third-placed Toulouse respectively.
Although their budget is fairly limited, with the infrastructure in place – they are one of the rare clubs who fund a reserve grade – and their rapid progression, there is no reason Halifax could not forge a future for themselves as a household Super League side.
Coach
As mentioned above, the job Richard Marshall has done at the club has been nothing short of remarkable. The club’s budget is overshadowed by its counterparts and whilst they were given little chance of surviving in the division – let alone climbing out of it – but nevertheless, former Ireland forward Marshall has built something real at the MBi Shay and has restored a sense of identity and culture to one of the Northern Rugby Football Union’s founding clubs.

The 42-year-old has been widely touted as the brightest coach outside of the top flight and if he continues to enhance his already outstanding reputation, a big move will inevitably arrive sooner or later.
Captain
32-year-old Scott Murrell is the club’s captain. Stand-off Murrell arrived at the Shay in 2013 from Hull Kingston Rovers – where he had helped the Robins earn promotion to Super League in 2006. Also formerly with Leeds Rhinos and London Broncos, he has forged a respectable career for himself in the game and has earned plaudits throughout his time at Halifax. Murrell was nominated for the Kingstone Press Championship player of the year in 2015 and whilst he hasn’t quite reached the same heights since, he has enjoyed a successful season this time around and has racked up six tries and two drop goals in the process.

Murrell is currently enjoying a testimonial career with the club and recently signed a new contract to tie him down until the end of the 2019 season. He’s also began to make the transition to a future coaching career and now acts as an player/assistant coach to Marshall.
One to watch
In the last edition of ‘The Qualifiers in Focus’ we looked at Krisnan Inu and his integral role within Widnes Vikings’ attacking plays, this time we focus on a player with a deep connection to Salford Red Devils – Chester Butler.
23-year-old Butler is not only one of the brightest young talents in the game, he’s also the grandson of one Salford’s greatest ever players – legendary Welsh forward Colin Dixon.
Dixon joined the Red Devils in 1968 from Halifax for a then record £15,000 fee – which would approximately be around £430,000 in today’s market – and made 418 appearances during 12 memorable years at the Willows.
Following his transfer from amateur club Siddal, Chester Butler made his first-grade debut for Halifax in 2016 but didn’t really burst onto the scene until a year later, after scoring twice during the televised 22-8 defeat Qualifiers at Warrington in August 2017.
Capable of filling the void at either centre, on the wing or at second-row, Butler followed in his grandfather’s footsteps last year when he was called up to Wales’ World Cup squad.

'No one believed he was my granddad!

This season, the youngster has 10 tries to his name from 19 Championship appearances and has been widely tipped to leave Halifax at the end of the season. With a game-intelligence far beyond his age and a fierce running game, Butler is certainly one to watch out for.
When’s the game?
Salford make the trip across the Pennines on Sunday, September 2nd, with the game kicking-off at 3pm. The respective sides usually contest for the Colin Dixon Memorial Trophy – Salford won the last clash 13-6 in 2017 – but this tie promises to be a lot more interesting with what lies at stake in the long-run.
Ticket details and coach travel will be released in due course.