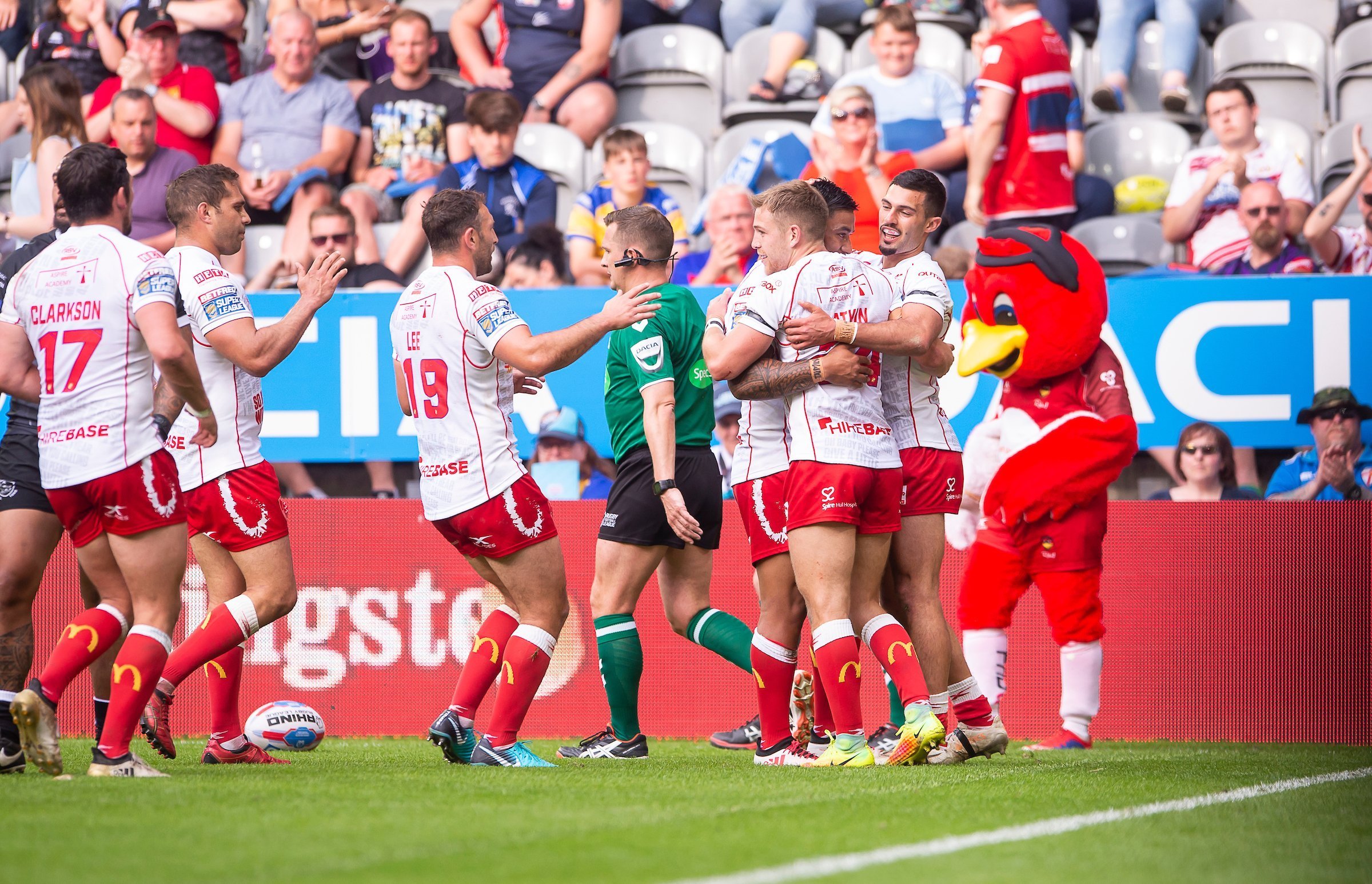 Following the recent Qualifiers fixture release, Salford discovered that they will face Hull Kingston Rovers, Widnes Vikings, Halifax RLFC, Toronto Wolfpack, Leeds Rhinos, London Broncos and Toulouse Olympique. Here we take a look towards the first team that stands in the way of the Red Devils’ extending their 10 year stint in the Betfred Super League – Hull Kingston Rovers.
Season so far
The Robins have endured very much a season of two halves in many respects. Tim Sheens’ side conjured up just three wins from their opening ten games. Since then, they Yorkshire side have won a further five fixtures – and drawn once – across 13 games, averaging almost a win every other game.
In those five wins, Hull KR have triumphed over Salford, Wigan Warriors, Huddersfield Giants, Widnes Vikings and local rivals Hull FC. Last week’s victory at the KC in particular, will put the Robins in great stead heading into the Qualifiers.
Following their return to the top flight in 2017, Rovers lost a number of key players as Jamie Ellis and Jordan Abdull’s loan deals expired whilst Ben Cockayne and Mitch Clark joined York City Knights and Castleford Tigers respectively.
Former Salford Director of Rugby, Sheens, swooped to sign Danny McGuire from last year’s champions Leeds and the veteran half-back has been a standout performer throughout the year. The 35-year-old – who picked up the Harry Sutherland Trophy in last year’s Super League Grand Final – has racked up five tries and 11 try assists for KR this term. Three of his five efforts came against Salford last month. Other arrivals included the highly experienced Danny Tickle and former Red Devil Tommy Lee who have both performed well at KCOM Craven Park.
Ryan Shaw – who has been a KR player since arriving from the Bradford Bulls in 2016 – has enjoyed another impressive campaign. The versatile back-rower has notched 11 tries throughout the year and is currently the side’s top scorer.
In recent weeks, the club strengthened their connections with Salford further when Todd Carney – who left the AJ Bell Stadium in the close season – signed on a short-term deal until the end of the season to boost KR’s survival push.
Coach
Tim Sheens is one of the most infamous names associated with Rugby League. The 67-year-old Australian played as a prop-forward for the Penrith Panthers across a 12 year-spell, before enjoying an illustrious 34-year coaching career ever since – a spell that has seen him lead his country to a World Cup title and two Four Nation successes.

The man who currently occupies the KCOM Craven Park hot-seat is familiar with Salford fans, having spent 13 months at the AJ Bell Stadium from July 2015 to September 2016.
Sheens will be desperate to get one over on his old club as the Robins look to remain in Super League.
Captain
Experienced hooker Shaun Lunt is the club’s captain, the former England international has racked up over 300 career appearances and is a huge focal point of the side’s attack, as well as being a key figure of their defensive line.

Whilst the 31-year-old is undoubtedly influential, his season has been hampered with injury after suffering a knee injury in March, before facing a re-occurrence less than a month later.
Lunt made his long awaited comeback during the side’s stunning fightback at Castleford in June. Rovers trailed 24-12 but earned a point in the final ten minutes of the tie.
Whilst the former Huddersfield man’s season has been dominated by injury, he has managed to feature in five of the last six fixtures and will be hopeful of continuing this run into the Qualifiers to provide Rovers with a much needed boost.
One to watch
Adam Quinlan is one of the most underrated full-backs in the competition. The 25-year-old Australian is in the peak of his career and has shone for the Robins this season. Quinlan arrived at KCOM Craven Park from NRL outfit St. George Illawarra Dragons in 2017, but has also spent previous time in England following a brief spell with St Helens two years prior.
The full-back – who is also capable of featuring in the halves – has 10 tries and 12 try assists to his name this season and with his handy ball-handling ability and sheer pace, Quinlan is certainly one to watch out for during the Qualifiers.
After scoring during KR’s win over Salford last month, the Red Devils’ defensive line will be extremely weary of the Australian’s abilities and will do everything they can to ensure he has a quiet evening this time around.

When’s the game?
Salford make the long trip to Hull on Friday 10th August with an 8pm kick-off schedule for the clash at KCOM Craven Park. The sides will lock horns for the third time this season, the Red Devils won the first contest between the sides 36-12 back in February, but Rovers claimed their revenge with a 52-22 pummelling in July.
Ticket details and coach travel will be released in due course.