The Qualifiers in Focus | London Broncos

The Qualifiers in Focus | London Broncos 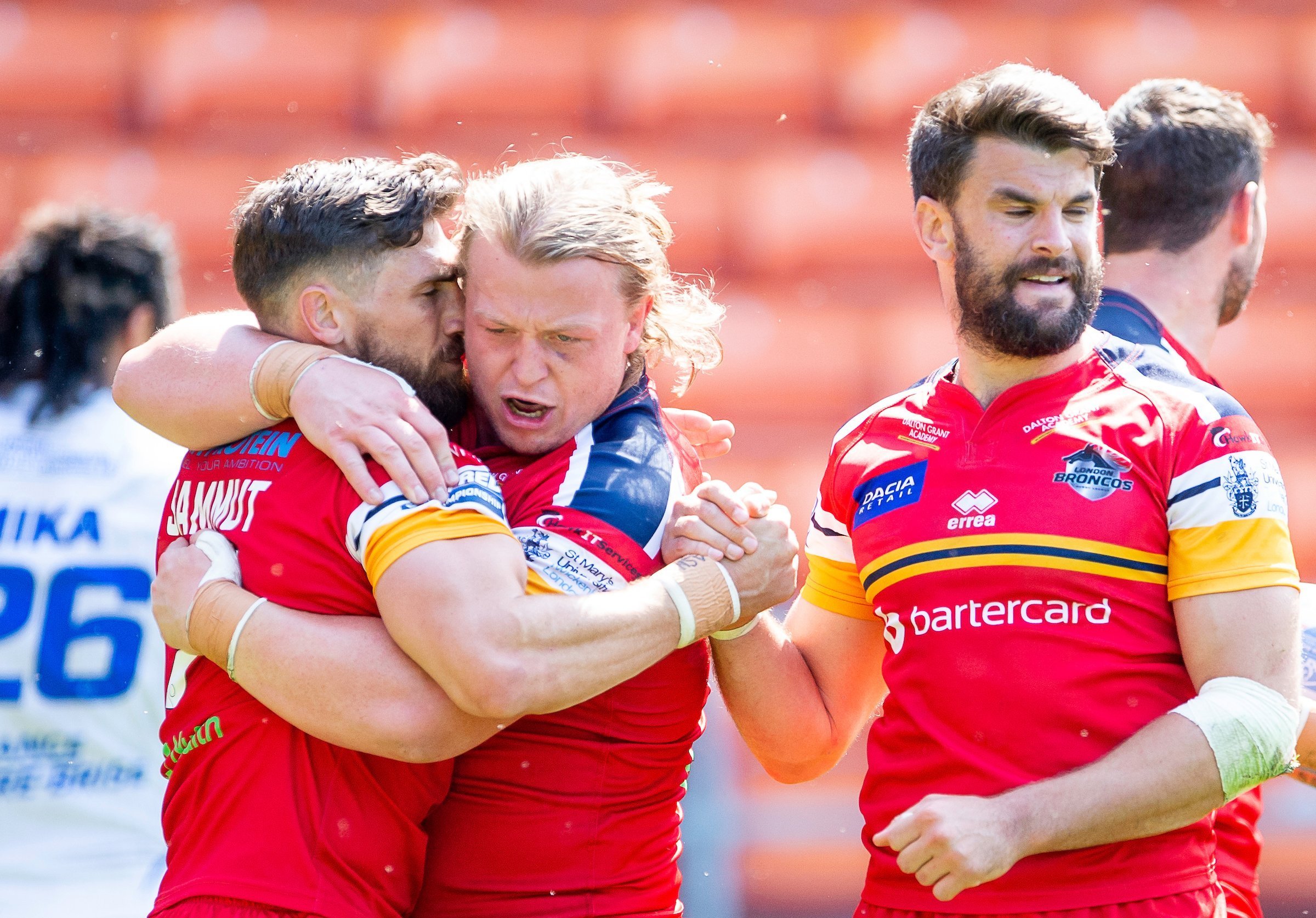 As the Qualifiers continue to close in more by the day, in this edition of ‘The Qualifiers in Focus’ we take an in-depth look at London Broncos and summarise an encouraging 2018 for the capital-based side.
Season so far
Following the club’s relegation from the Betfred Super League in 2014, some argued that the experimentation of a London-based Rugby League franchise had well and truly ran its course. However, fast forward four years and the London Broncos have re-established themselves as a club with both a bright future and unbounded potential.
Their prosperous stadium move from Barnet FC’s ‘The Hive’ to Ealing Trailfinders’ Trailfinders Sports Ground in 2016 has ran parallel to success on the pitch.
2017 saw the club finish as Runners up in the Betfred Championship to Hull Kingston Rovers, only to miss out on promotion to the top flight after a miserable showing in the Qualifiers. This season however, there is much more of a positive vibe surrounding the club.
Head Coach Danny Ward has led the club to a successive second-placed finish in the second-tier. The Broncos have endured a memorable campaign, only to be pipped by runaway league leaders Toronto Wolfpack. In a season ruled by twists and turns, London have stood themselves well against top opposition. Despite finishing level on points with both Toulouse Olympique and Halifax, Ward’s men can be proud of what they’ve achieved this term and will head into the Qualifiers full of confidence.
They also boast try-scoring talents such as Elliot Kear, Rhys Williams, Jarrod Sammut and Kieran Dixon amongst their ranks. If these sort of players reach their potential throughout this year’s Qualifiers, then London will take some stopping.
Coach
Whilst he never appeared for the club in its current form, Head Coach Danny Ward has a deep affiliation with the London Broncos. The now retired prop-forward played for the club in its former glory as Harlequins. Ward – who also represented Leeds Rhinos, Castleford Tigers, Hull KR and Great Britain during his career – made over 100 appearances during his three year spell at the Twickenham Stoop.

Upon retiring, Ward initially coached the Broncos’ U19s squad for both the 2014 and 2015 seasons, before being promoted to Assistant First-Team Coach in 2017. After previous Head Coach Andrew Henderson left London to commence a new career as Steve Price’s Assistant at Warrington Wolves last summer, Ward was appointed as his successor.
The 38-year-old has done a stellar job in his first season as a senior coach and has led the club to a second-placed finish in the Championship table. Alongside Halifax’s Richard Marshall, he is considered one of the most promising coaches outside of the top flight.
Captain
28-year-old Jay Pitts currently captains the side, former Bradford Bulls forward Pitts has racked up over 200 career appearances and is an integral part of the Broncos side. The loose-forward/second-rower has also featured for Wakefield Trinity, Leeds, Hull FC and Bradford and brings a wealth of experience to the fold.

Pitts – who joined the club on a two-year-deal following the Bulls’ liquidation in 2017 – has a handy offload in his locker and is heavily involved in his side’s attacking plays, though he is also more than capable in defence too. Salford’s defence will have to be on top form if Pitts is to endure a quiet afternoon when the two sides lock horns next month.
One to watch
In the last edition of ‘The Qualifiers in Focus’ we looked at a player with a deep connection to Salford Red Devils – Chester Butler. This time however, we analyse hometown hero Kieran Dixon’s influence on his side’s successes.
After bursting onto the scene in 2012, Dixon has forged a firm reputation as one of the game’s most highly-rated back-rowers outside of Super League. The 25-year-old has enjoyed two glorious spells with his hometown Broncos – the first of which earned him a move to Hull Kingston Rovers in 2015.

With sheer pace, a handy kicking game and a knack of scoring outstanding tries, Dixon is undoubtedly the most explosive player within the London camp. The winger notched a try and four conversions during the Broncos’ resounding 72-6 win at Barrow last time out and if he maintains this sort of form throughout the Qualifiers, Salford’s defence could potentially be in store for a long afternoon.
When’s the game?
Salford are currently scheduled the capital on Sunday, 23rd September. The game will currently take place at the Trailfinders Sports Ground – the home of Rugby Union outfit Ealing Trailfinders – with a kick-off time at 3pm. However, this is subject to change.
Ticket and travel details will be released in due course.