The Qualifiers in Focus | Widnes Vikings

The Qualifiers in Focus | Widnes Vikings 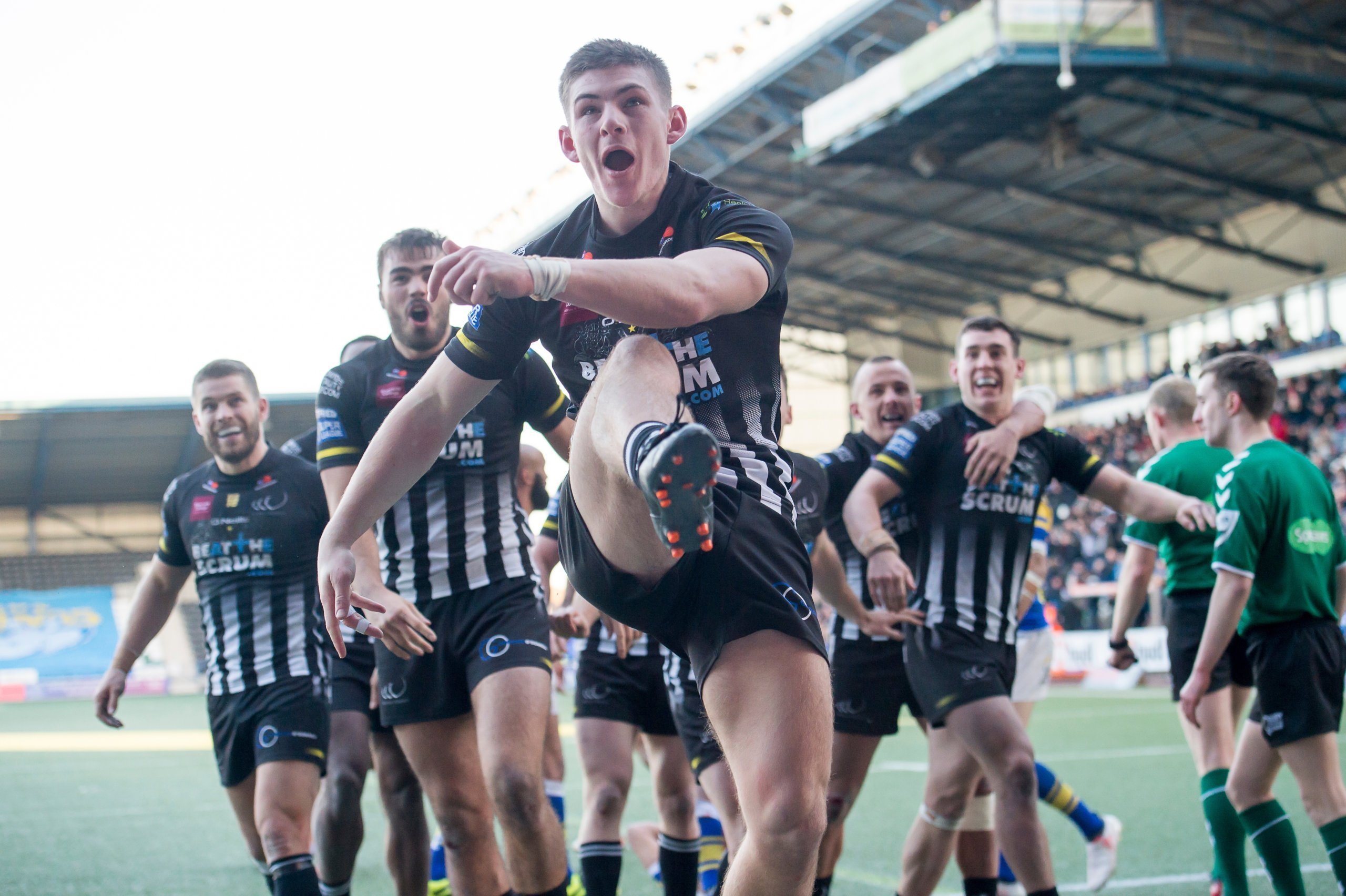 Following the recent Qualifiers fixture release, Salford discovered that they will face Hull Kingston Rovers, Widnes Vikings, Halifax RLFC, Toronto Wolfpack, Leeds Rhinos, London Broncos and Toulouse Olympique. Here we take an in-depth look at another one of the sides the Red Devils will lock horns with – Widnes Vikings.
Season so far
2018 has been nothing short of miserable for everyone connected with Widnes. The Vikings have struggled throughout the campaign and have conjured up three victories from their 23 fixtures this season – consequently leaving them bottom of the Betfred Super League table.
The club parted company with long-serving coach Dennis Betts in May and replaced the former Great Britain International with another capped British representative in the form of Betts’ ex-assistant – Francis Cummins. Whilst Cummins’ arrival as interim coach initially spread a level of optimism around the Select Security Stadium, the club are still yet to record their first win since beating Salford 24-16 back in March.
Salford did earn their comeuppance from the return fixture in June though, two tries from Kris Welham alongside further scores from Jake Bibby, Robert Lui and then on-loan Widnes man Greg Burke helped the Red Devils return to winning ways in emphatic fashion and secure two valuable Betfred Super League points.
As well as the round 7 triumph over Ian Watson’s side, Widnes have also beaten both Leeds Rhinos and Catalans Dragons – though that’s about as good as things have got for the Cheshire-based side.
In recent weeks the Vikings have produced several spirited showings, the 24-26 home defeat to Hull KR in particular, was a positive note for Cummins’ side. Although the hosts did ultimately succumb to defeat, the loss did spark something of a revival. Widnes battled well throughout the contest and narrowly missed out on earning a point at the very least.
The club have also boosted their Super League survival hopes with the signings of Salford club captain Weller Hauraki, prop-forward Charlie Gubb, former Salford and Leigh forward Harrison Hansen and Wakefield Trinity half-back – and Ireland international – Liam Finn.
Hauraki joined the club on-loan as part of the deal that saw duo Burke and Ed Chamberlain move to the AJ Bell Stadium in June, but the second-rower has struggled for form in Halton and will be joining Hull KR on a permanent deal at the end of the season. Forwards Gubb and Hansen meanwhile, have arrived on deals until the end of 2018 and 2019 respectively.
Finn – who is currently on-loan from Wakefield – has racked up almost 400 career appearances and has been drafted in to instil a level of leadership, experience and quality into the squad to help aid the relegation fight.
Coach
Francis Cummins joined the club in 2016, initially as an assistant coach to Dennis Betts. The 41-year-old was then appointed as interim head-coach upon Betts’ sacking in May. Cummins spent the entirety of his 12 year playing career with Leeds, a spell that saw him become the youngest player – at 17 years and 200 days – to feature in a Challenge Cup Final, lift the Challenge Cup and gain representative honours for England, Ireland, Great Britain and Yorkshire.

Just a year after retirement in 2005, the full-back became assistant coach at the Rhinos before subsequently joining Bradford Bulls in a similar role in 2010. Two years later, Cummins was rewarded with his first head coach role at Odsal but was sacked in July 2014.
If he manages to lead the Vikings to Super League survival, it could be one of the greatest stories in the modern era.
Captain
Half-back Joe Mellor and forward Chris Houston are the club’s current co-captains – though Houston is set to retire at the end of the campaign. The pair were appointed captains following Kevin Brown’s departure to fierce rivals Warrington in 2016.

27-year-old Mellor arrived at the club – initially on-loan – from Wigan in 2011 and has since become a household name at the Select Security Stadium, whilst 33-year-old Houston has spent the last three years at Widnes having previously seen the entirety of his career in Australia. Mellor is a talented figure who boasts four tries and 11 try assists this season, whilst Houston was voted the club’s players’ player and supporters’ player of the year last season.
If the Vikings are to stave the drop, the pair are likely to have a major influence on the team’s success.
One to watch
In the last edition of ‘The Qualifiers in Focus’ we looked at Adam Quinlan’s impact and fine try-scoring form for Hull Kingston Rovers this season. Here we analyse another versatile back-rower – this time in the form of Krisnan Inu.
At 31, Inu has showed zero signs of slowing down. The centre – come full-back or winger – has racked up six tries and 21 goals for Widnes throughout the year, as well as assisting a solitary effort.
Despite struggling with injuries this term, former Catalans man Inu is an integral part of the Vikings spine and is handy at centre, full-back or winger. Inu is a creative player who has a knack of unpicking opposition lines, despite it not always seeming viable.
The back-rower scored versus Salford back in March and the Red Devils back-line will have to be at their best to prevent Inu from crossing over once more.

Bringing the power to bag another try in the win over Salford last night! pic.twitter.com/qypjSeaPKF

When’s the game?
Salford welcome Widnes to the AJ Bell Stadium – in what will be the Red Devils’ first home game in the Qualifiers – on Saturday, August 18th. The game is set to kick-off at 3:15pm and will be broadcast live on Sky Sports!
Ticket details will be released in due course.