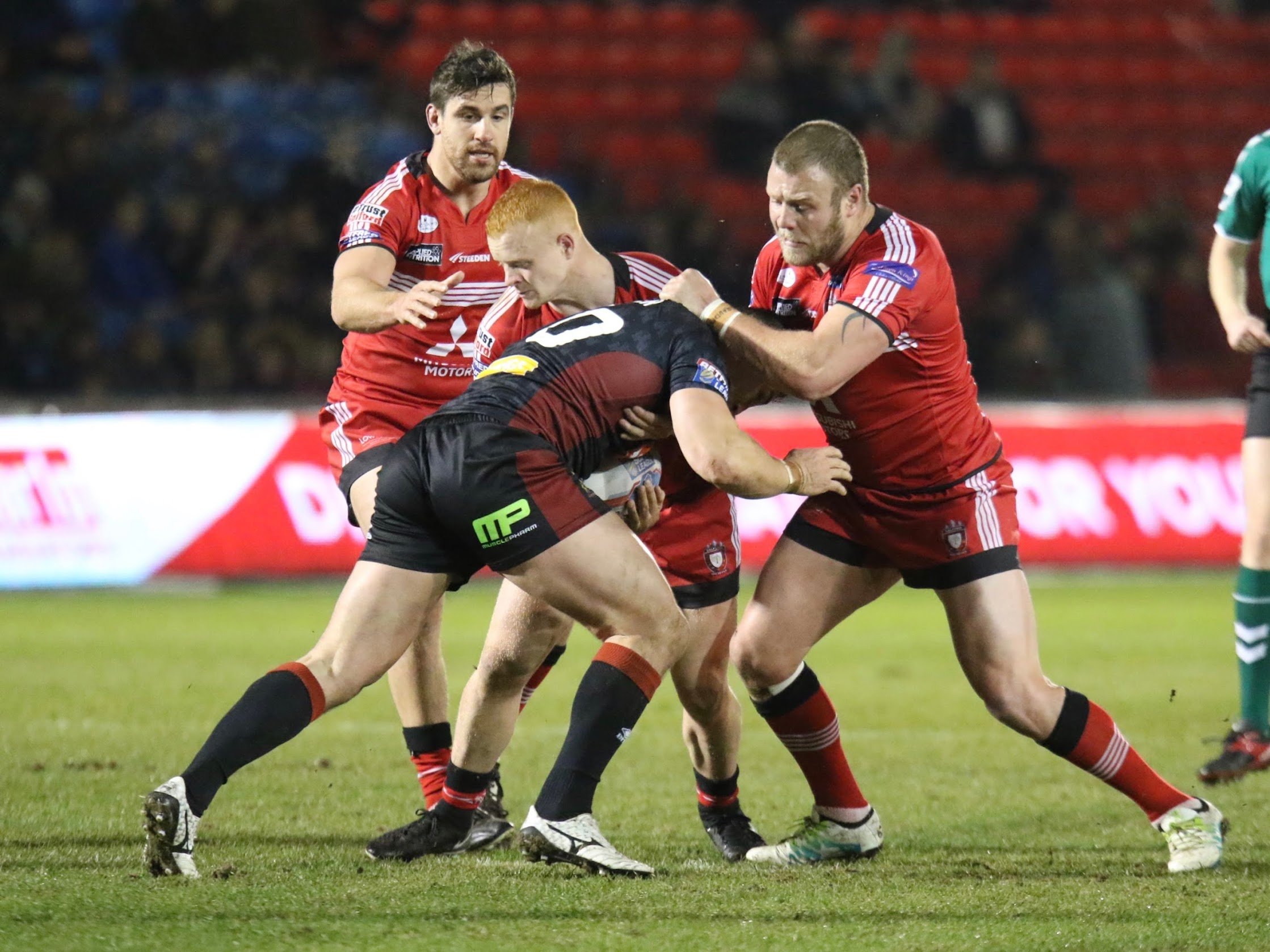 Following defeat in our opening Betfred Super League game of the season we take a look at three talking points from the game.

Hookers Logan Tomkins and Kriss Brining both missed out on Friday night’s game through injuries however youngster Josh Wood stepped up to the plate and was brilliant at acting half-back.
The Wigan-born hooker made just his 15th first team appearance for Salford and put in a very solid performance with his distribution being almost perfect while he offered even more steel in the defence of the forward pack.
While Tomkins is expected to be back sooner rather than later The Red Devils will certainly be okay at acting half-back with Wood performing as he did in Friday evening’s game.

Heading into Friday’s game Head Coach Ian Watson eluded to the physicality and in-your-face attitude the Wigan Warriors head into games with and knew it would be a tough battle in the middles.
However, the Salford Red Devils forwards stood up well against The Warriors with Captain Lee Mossop getting through some hard yards against his former team, Club Captain Weller Hauraki worked tirelessly as always, and Tyrone McCarthy and Josh Jones looked dangerous in the back-row.
Of course, key forward Mark Flanagan had to pull out prior to kick-off due to a virus and the pack will no doubt be even stronger when The Red Devils see the return of Flash.

Friday’s game against Wigan saw the East Stand of the AJ Bell Stadium house Salford supporters who have taken part in our new community and charity scheme.
A handful of local charities, schools and clubs were present for our opening Betfred Super League game of the season and, despite the result, enjoyed the match.
Salford Red Devils Director Andrew Rosler tweeted: “If the East Stand isn’t too busy tonight don’t despair or mock, it’s the first time we’ve tried this initiative. As the season progresses the initiative will grow as will our investment and bond within the Community.”
Remember, if you know, or are involved with, a charity, club or community group and would like to get involved contact the club directly or email communitytickets@salfordreddevils.net.