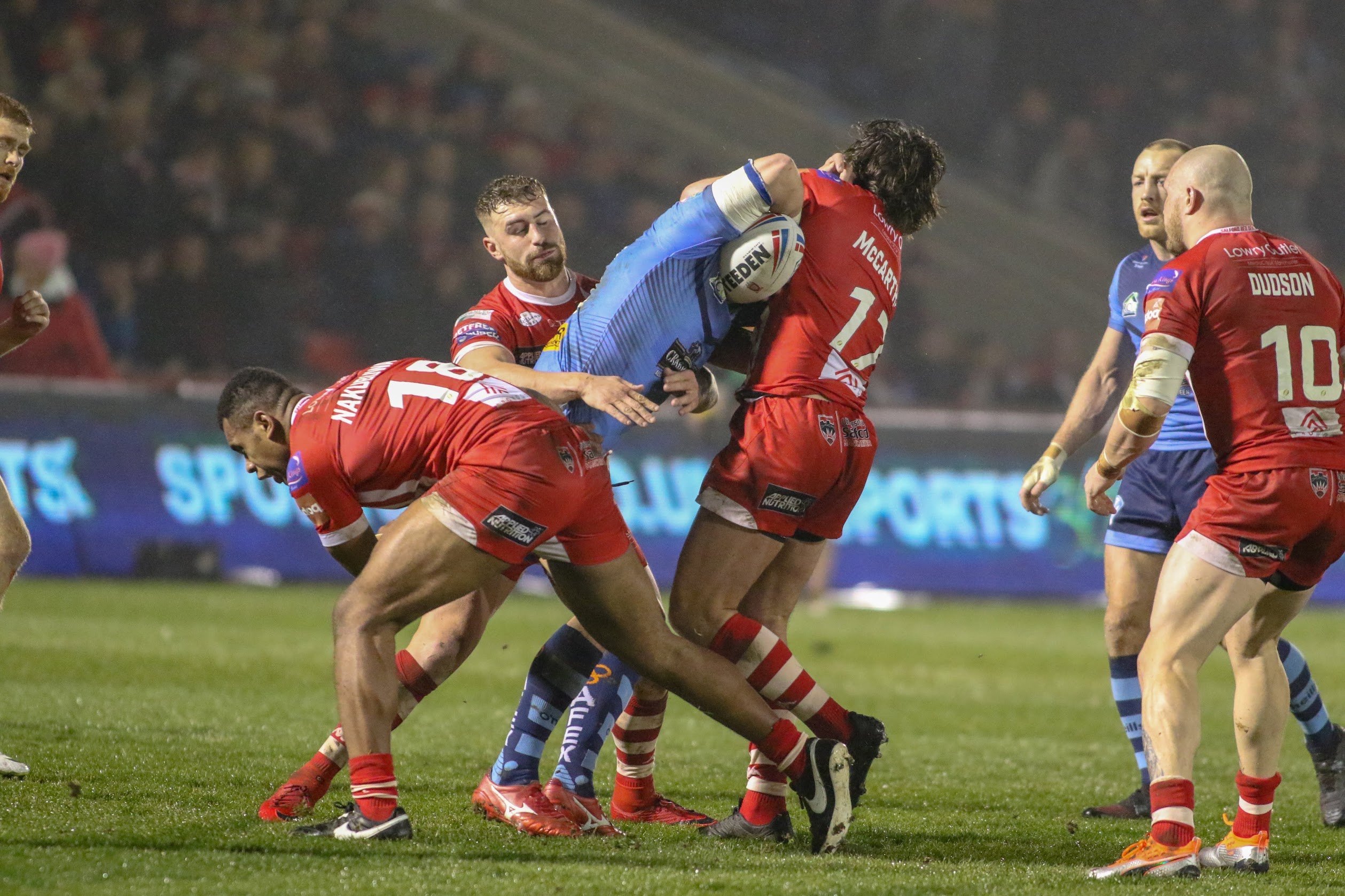 Following an impressive 24-8 victory over Hull FC on Friday evening we take a look at three talking points from the game.
Defensive effort
The Red Devils conceded just one try on Friday evening and that came from Dean Hadley on the back of a low kick in behind the defence. Salford have now only conceded on the back of kicks in their last two home outings which is a sign of how sturdy the Red Devils defence has been.
Salford’s middles stood up well against the Hull FC pack – as they have all season while the back line where a match for everything the likes of Marc Sneyd, Carlos Tuimavave and Fetuli Talanoa threw at them.
The hosts also conceded less penalties in comparison to the trips to St Helens and Castleford which made the defensive effort needed much more sporadic.
And, it wasn’t just in contact where the defence was on point with Niall Evalds’ consistent kick return and the England Knights full-back pulled out a brilliant bit of skill to prevent a 40-20 at a crucial stage of the match.
Half-backs
Head Coach Ian Watson was quick to praise his half-back pairing of Robert Lui and Jack Littlejohn after Friday’s victory.
Salford scored four unanswered tries to seal a fantastic victory over one of last season’s top four with both Lui and Littlejohn crossing for individual scores. Littlejohn’s was his first as a Salford player.
Littlejohn finished off a breakaway try following a powerful break from Greg Johnson and Junior Sa’u and was a constant thorn in the side of FC down that left-hand side.
Salford had as much joy down the right-hand side with Robert Lui who’s kicking game caused issues for Hull throughout the game. Lui also took over goal kicking duties and slotted four from six including a pivotal penalty which put the Red Devils ahead at half-time.
Ben Nakubuwai
Ben Nakubuwai was voted as the Man of the Match by Executive Match Sponsors Freeths Lawyers and deservedly so.
Nakubuwai has settled into life in the Betfred Super League after debuting away at Wakefield and even powered over for his first Salford try in the first half against Hull FC.
He is certainly becoming a fan favourite already with his hard-hitting defensive efforts and powerful go forward. The young Fijian is proving to be a great addition to Ian Watson’s squad.