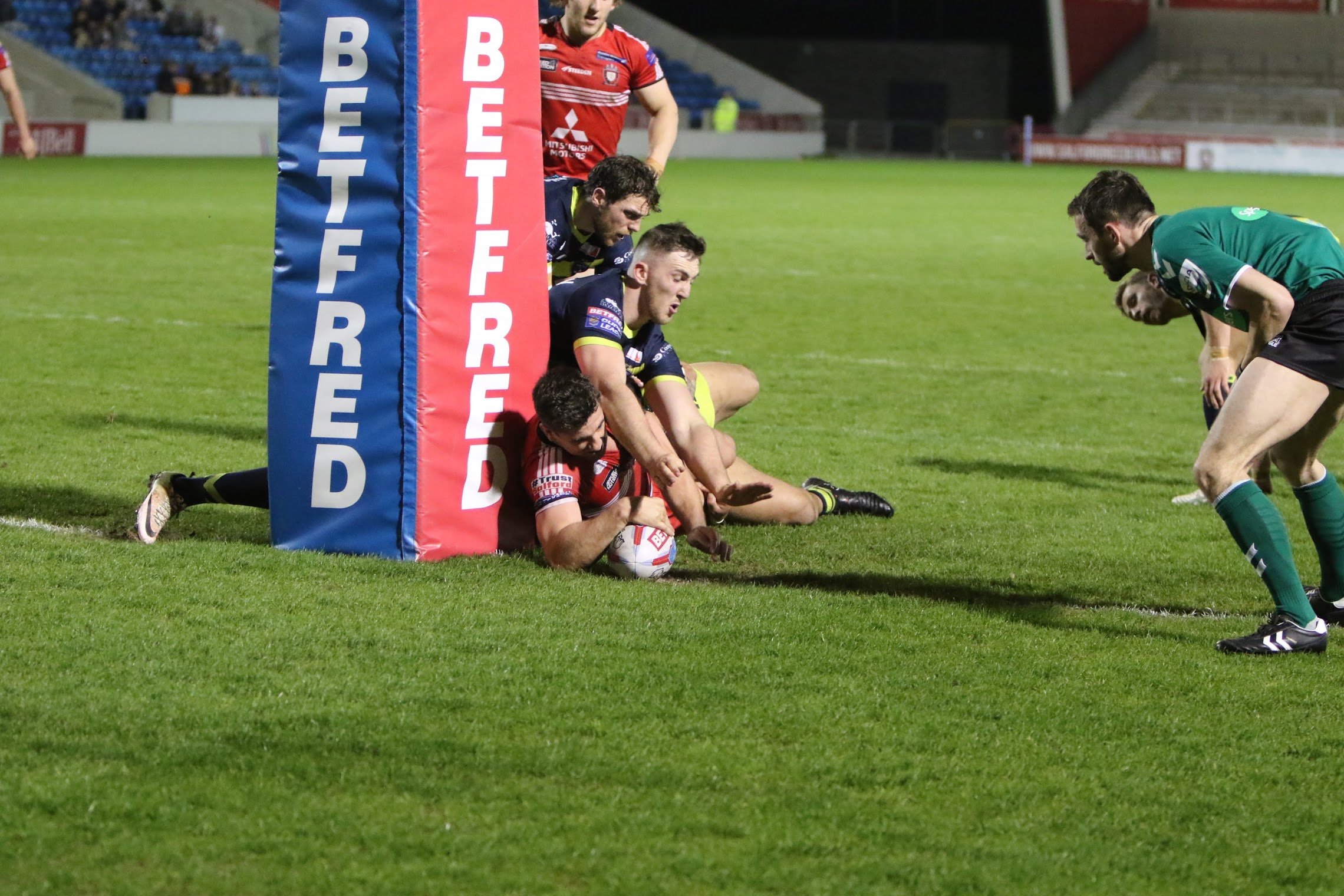 Salford Red Devils moved up to 7th in the Betfred Super League with a dominant victory over Wakefield on Friday night and here are three key talking points from the game.
Goal line defence
While Salford managed to rack up a mammoth 38 points in the victory over Wakefield it was the defence that was the most impressive aspect of the evening and in particular the goal line defence.
Wakefield weren’t without there opportunities and did spend sustained periods of time on the Salford line following repeat sets. However, the Red Devils muscled up in defence and managed to prevent Trinity crossing for the most part when they were in close-range of the line.
Trinity only managed to break the Salford defence once throughout the eighty minutes and this is now one of many solid defensive displays we’ve seen at the AJ Bell Stadium in 2018 as Salford look to make it a fortress.
Back-to-back wins
The victory marked the first back-to-back victories for the Red Devils in 2018 and could well see Salford kick on for the remainder of the season.
In both victories against Huddersfield and Wakefield, Salford have looked a real threat with ball in hand with a number of forwards getting on the scoresheet as well as Jake Bibby grabbing four in two games.
Last season we saw the Red Devils go on a remarkable run in the middle of the season and Ian Watson will be hoping his side can emulate a similar sort of purple patch this year.
Overcoming adversity
Heading into last night’s game Head Coach Ian Watson had been forced to make a number of changes to his squad due to injuries.
Josh Jones and Lee Mossop both missed out due to picking up knocks against Huddersfield. Weller Hauraki and Lama Tasi also had to pull out of the squad later on while Kriss Brining and Manu Vatuvei remain sidelined however this only seemed to spur the Red Devils on.
However, Friday’s win just emphasised the strength in depth in the Red Devils pack with Tyrone McCarthy returning from injury, George Griffin being a standout performer and Luke Burgess returning with Head Coach Ian Watson pointing to his opening carry of the game as the first building block to win.