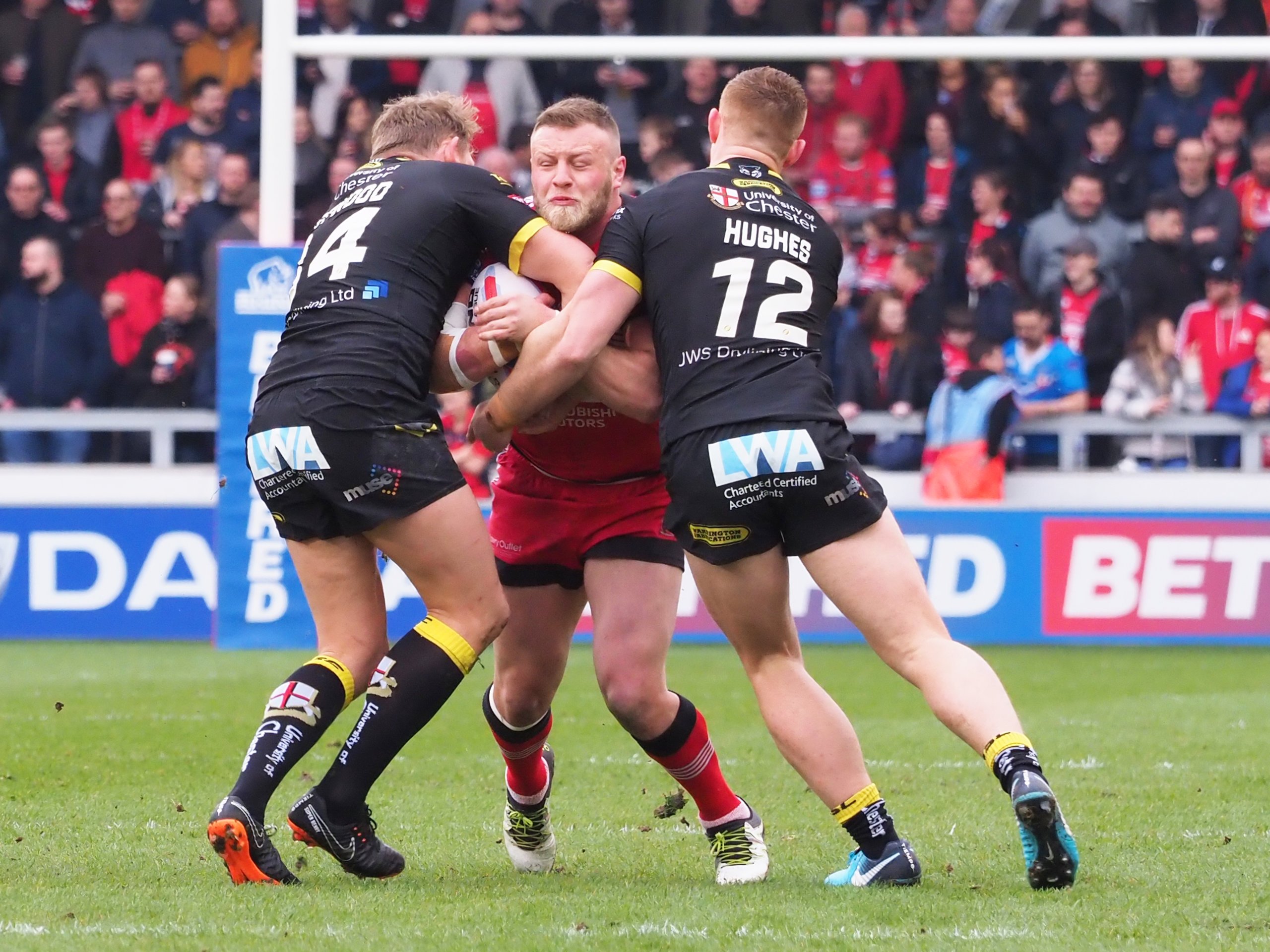 Following yesterday’s 6-22 loss to Warrington Wolves in Round Ten of the 2018 Betfred Super League we take a look at three talking points from the game.
Changes to the playmakers
Unfortunately, due to Niall Evalds being ruled out after failing a concussion test last weekend and Logan Tomkins going down with an illness, Ian Watson was forced to make changes in key positions for yesterday’s game.
Rob Lui had to move into the full-back role and did a solid job under the high ball and even crossed for the Red Devils try after hitting an Evalds-esque inside ball.
Josh Wood moved from the halves back into the more familiar role of hooker and was another strong performer for the full eighty minutes. Jake Shorrocks and Jack Littlejohn partnered in the halves with Shorrocks settling in well on his debut.
Both Evalds and Tomkins are expected to return next weekend for the trip to Huddersfield which will mean more rotation in the playmaker roles however it will see players return to their favoured positions.
Battling front-row
For weeks we’ve spoken about how the Red Devils forwards have stuck it to everyone they’ve played and this week we saw another determined effort from the front-row, in particular.
Lee Mossop and Craig Kopczak set the stall for Salford before a weighted interchange bench came on and made a further impact. Lama Tasi’s performances in recent weeks have been fantastic with the former Samoan international really coming forward as the sides enforcer out on the field.
Possible sin-bin
Warrington may have felt fortunate not to have Ben Westwood sent to the sin-bin in the second half for what appeared to be a high shot on Junior Sa’u.
Sa’u was on the way down in the tackle which could have tipped referee Gareth Hewer’s decision but there was definite contact with the head.
Video Referee Robert Hicks did take a look but as with all challenges when the player is on the way down it is difficult to judge whether it could be helped or not. However, had Westwood been sent for ten minutes, Salford could well have got themselves in touching distance of the Wire with a man advantage.