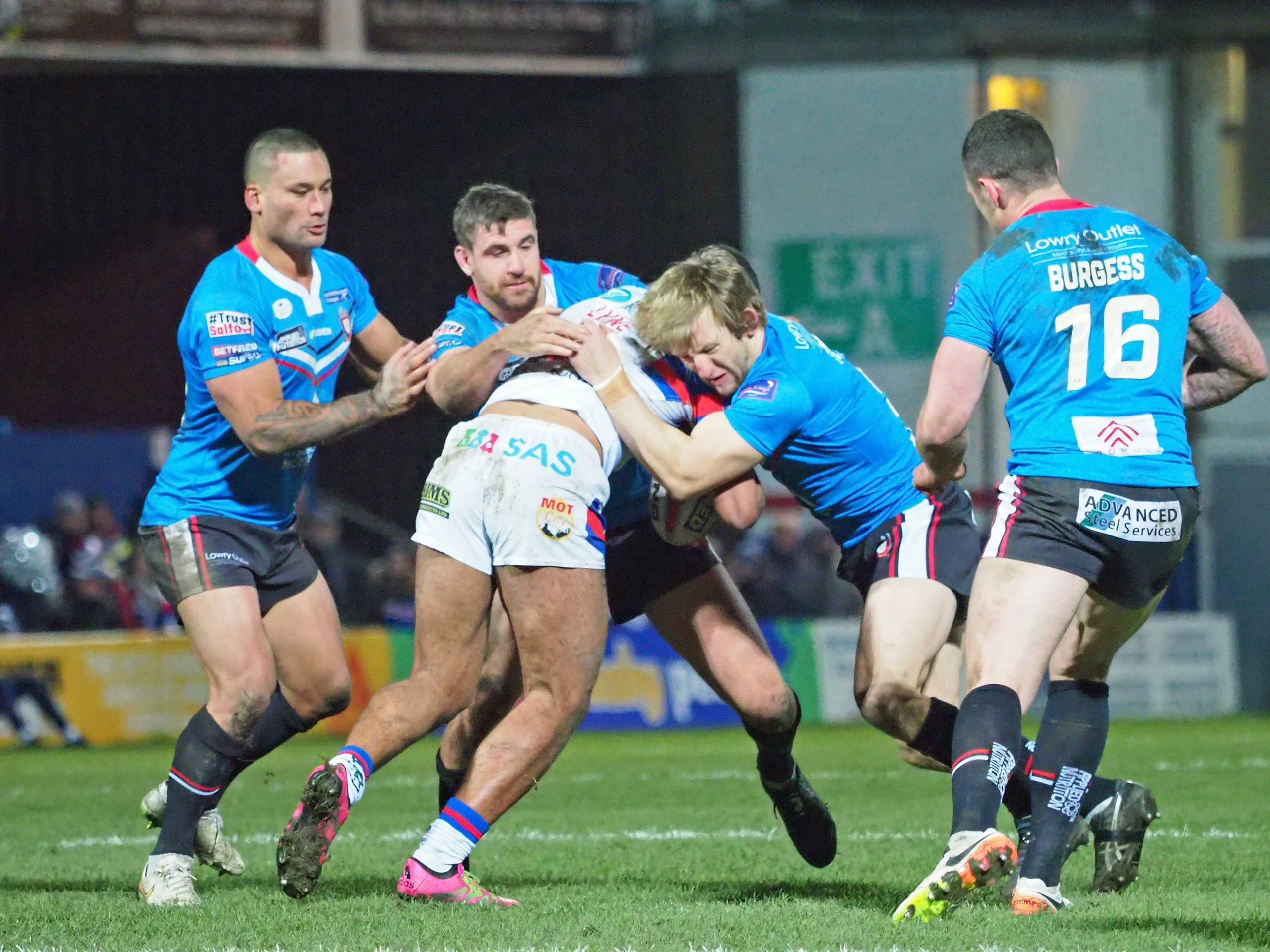 Following a narrow defeat at the hands of Wakefield Trinity in Round Two of the Betfred Super League we take a look at three talking points from Friday’s game.
The forward battle
Wakefield’s power in the pack has been a big talking point heading into the 2018 season however Ian Watson’s forwards equalled, and if not, bettered Trinity up the middle on Friday evening.
Lee Mossop and Lama Tasi set the stall early for The Red Devils while a big interchange bench including Luke Burgess, Ben Nakubuwai and Craig Kopczak made a massive impact which is something Wakefield Head Coach Chris Chester eluded to in his press conference. Watch here.
Salford’s pack stood up to the likes of David Fifita and Pauli Pauli and kept Wakefield’s dangerous forwards quiet for the most part. This impressed Ian Watson who’s post-match press conference can be seen here.
Fijian debutant
Fijian World Cup star Ben Nakubuwai debuted for The Red Devils on Friday night and made a massive impact from the bench. Nakubuwai missed out against Wigan but he has certainly put his marker down for a position in the side against Hull Kingston Rovers.
The 21-year-old brought the ball forward constantly making metres with every carry and he was an absolute stalwart defensively in an all-around solid defensive performance from Ian Watson’s side.
Ben Nakubuwai’s post-match interview will be on Salford Red Devils TV later today.
Kris Welham and Niall Evalds
Niall Evalds moved from full-back to winger for Friday evening’s game at the Mobile Rocket Stadium, but it didn’t stop the 2017 top try-scorer from crossing for his second in as many games this season. Evalds finished off a flowing move from The Red Devils to draw them level on Friday.
Kris Welham also made it tries in consecutive appearances as he spun his way over in the final minute to give Salford the opportunity to earn a point. While it wasn’t to be Welham and Evalds are already showing the try-scoring threat Salford possess out wide in 2018.