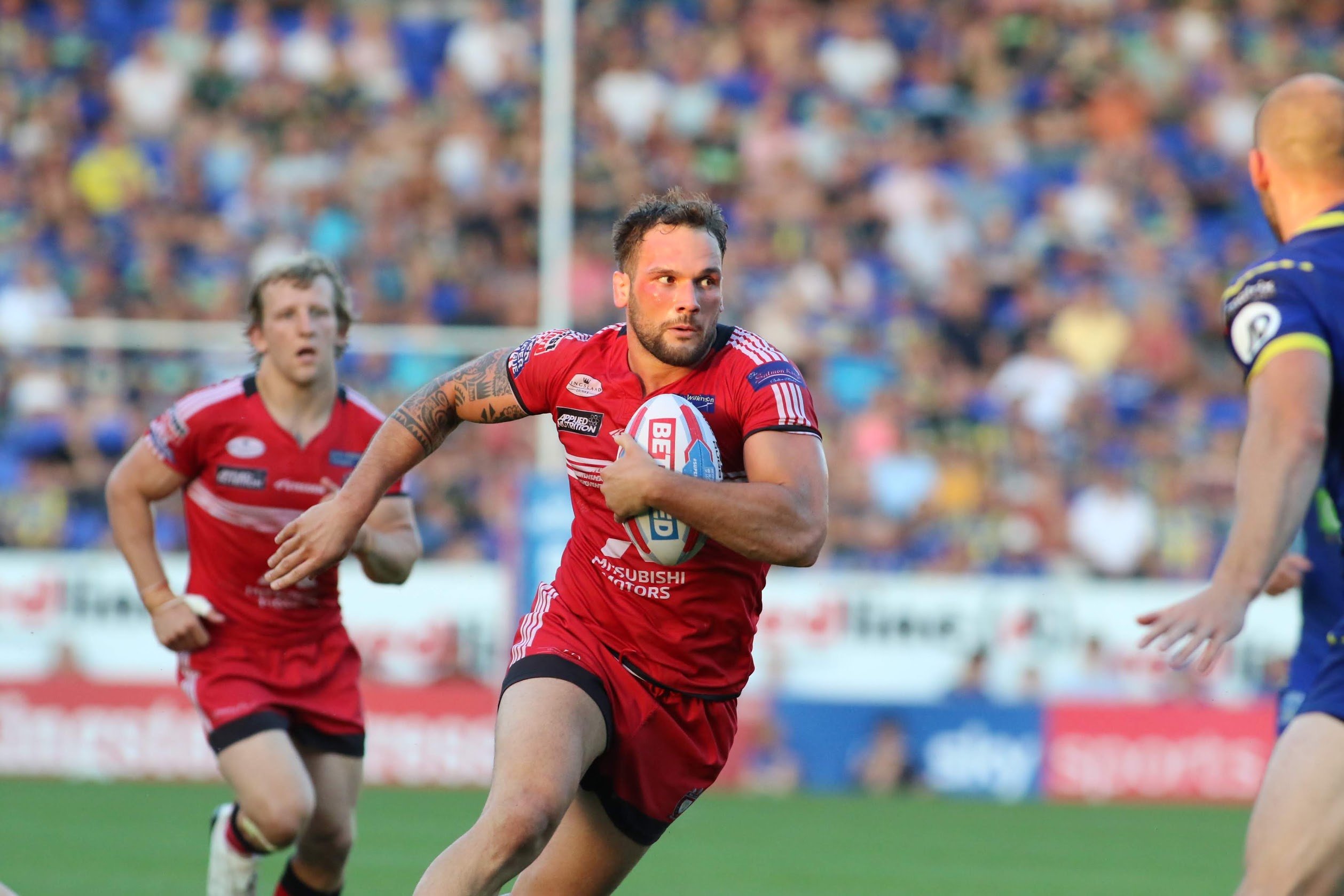 Following last night’s hard-fought affair against Warrington Wolves we take a look at three talking points from the game.
Key moments
In his post-match press conference Ian Watson pointed towards a key moment in the second half which may have turned the game.
Rob Lui looked to flick on a short ball to an onrushing Kris Welham which clipped the centres shoulder and went to ground. Had Welham gone through the line the Red Devils would have likely scored and taken the lead for the first time in the game.
Warrington went on to score three tries after this moment and win the game. Throughout the game, Salford caused Wire a lot of issues down the right-hand flank and were on top in the early stages of the second half.
Resilience
There was a tonne of resilience and heart in defeat from Salford against Wire.
The Red Devils had to muscle up in defence for a large period in the second half and managed to keep Warrington at bay – for the most part – until the final ten minutes of the game.
Both Derrell Olpherts and Junior Sa’u made try-saving tackles out wide last night while Ryan Lannon and Jack Littlejohn making last ditch efforts, also. Littlejohn, in fact, prevented Warrington forward Ben Westwood from close-range with a brilliant one-on-one tackle which forced a knock-on.

42' – What a tackle from Jack Littlejohn! Ben Westwood looks to have gone over and the fullback launches himself at the forward and forces a knock-on.

Even in the closing stages Kris Welham pulled off a great tackle on Bryson Goodwin before Rob Lui prevented two scores with well-timed interceptions which will have pleased Head Coach Ian Watson.
Flowing rugby
Earlier in the season we have seen the Red Devils display some fantastic attacking Rugby League in victories over Hull Kingston Rovers, Catalans Dragons and Hull FC – to name a few – and those slick hands were on display at the Halliwell Jones Stadium.
Jack Littlejohn – who continues to impress in his new role at fullback – was the beneficiary of these fast hands crossing twice in the first half. Both times we saw the Australian hit a great line out the back with his second try on the back of a sensational offload from George Griffin.

Jake Bibby’s second half score also came from a string of off-the-cuff offloads which saw the Red Devils break down field beginning with a well-timed pass from Ben Nakubuwai. If the Red Devils continue to display this kind of attacking presence they’ll cause a lot of sides issues in the coming weeks.