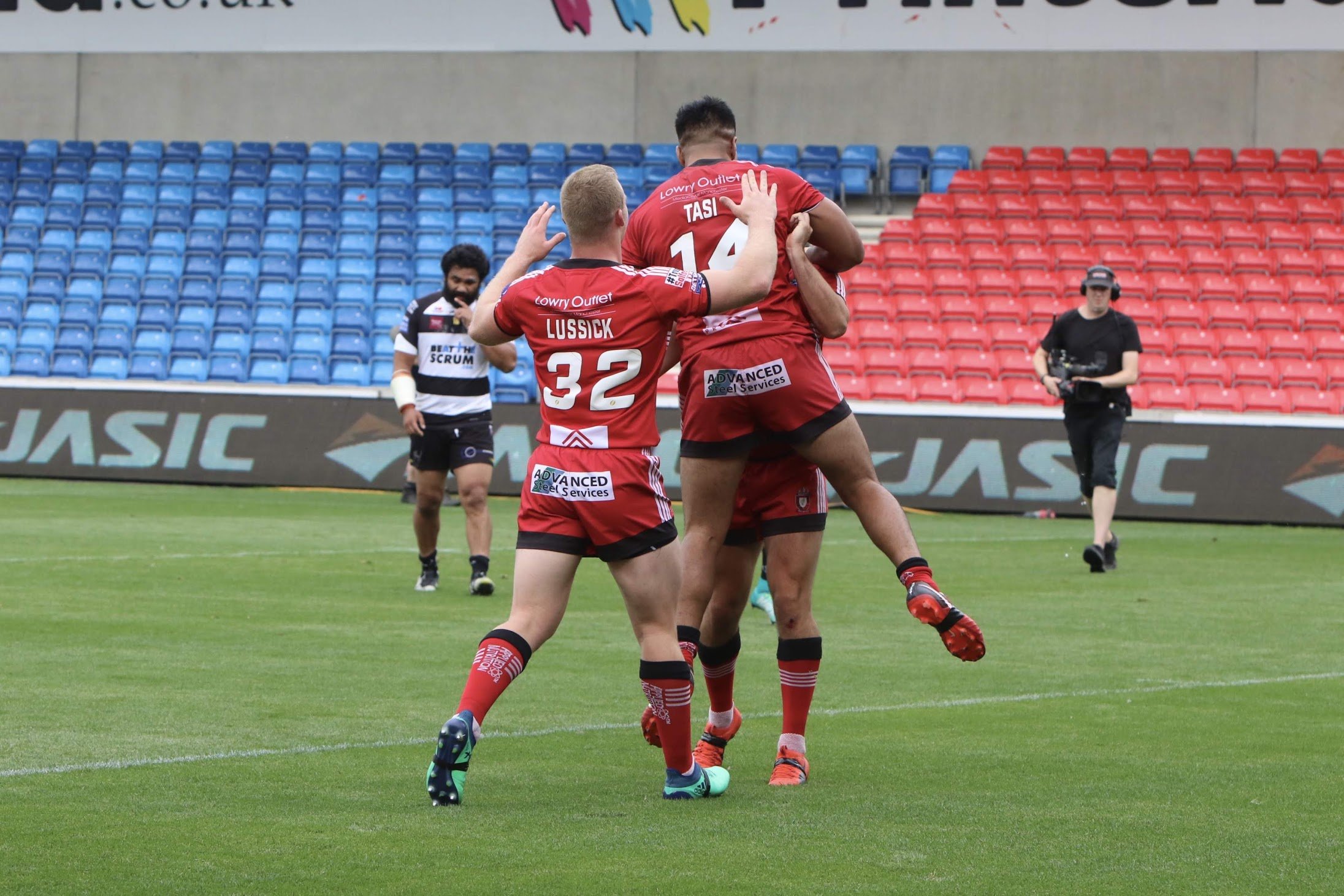 Following yesterday’s stunning triumph over Widnes Vikings, we take a look at the three talk points in the aftermath of the game.
Three in a row
Salford headed into the tie on the back of two convincing wins over Leeds Rhinos and Hull Kingston Rovers but despite being labelled as the favourites by most of the experts, Ian Watson’s men didn’t underestimate the visitors’ capabilities and produced a creditable display to emerge as comfortable 32-6 victors.
Last week, we touched on the impact Jackson Hastings and Joey Lussick have had on the side and whilst neither of the duo managed to get on the scoresheet this time around, they were instrumental in Salford’s success, though the latter was sin-binned in the 37th minute.
Hastings in particular, was heavily involved throughout. The 22-year-old featured in the build-up for the first of Junior Sa’u’s double, before putting the second on a plate for him just four minutes later. Hastings also helped carve the opening for Mark Flanagan’s try – via some assistance from Lussick – in what proved to be the finest try of the afternoon.

72' – TRY SALFORD! Another fantastic try! Jackson Hastings and Joey Lussick link-up with the hooker having support from Mark Flanagan who slides under the posts.

The Vikings did initially take the lead through Charly Runciman but the host hit back in style to earn their third successive victory – two of which have arrived in the dreaded Qualifiers. The win moves Salford into pole position in the Qualifiers table, though there are other games still to be played over the course of the weekend. Having said that, Salford are undoubtedly the in-form team and will take some stopping as the side edges nearer to securing its Super League status.
Lui stars once again
Hastings’ arrival has well and truly freed half-back Robert Lui in recent weeks and 28-year-old Lui produced yet another impressive performance during yesterday’s win.

We grabbed @JackoHastings after his Man of the Match performance today and he was full of praise for Rob Lui and the Salford club. See what he had to say below. pic.twitter.com/DrTzzWNcPo

Lui – who notched his third try in as many matches – was the second strongest contender for the Man of the Match award behind Hastings. He picked up a neat assist to send Sa’u crashing over when the Reds were trailing in the opening period, before kick-starting the move for the centre’s second.
If that wasn’t enough, the playmaker turned from provider to scorer. Just five minutes had passed in the second period when Lui darted over from dummy half. The half-back faked to play the ball out to the left before forcing himself over from close-range.
This score seemed to spur Lui on further as he claimed another well-worked assist twenty minutes from time. After picking up Hastings’ short ball, Salford’s ‘star man’ Lui then jinked his way through several Widnes defenders before feeding the onrushing Evalds.
Evalds prolific in attack
Alongside the arrivals of both Hastings and Lussick, Niall Evalds’ return to the side has been on a similar scale to a new signing. The 24-year-old suffered an unfortunate leg break during Salford’s defeat at the hands of Huddersfield back in May.
Initially, it was suggested Evalds wouldn’t feature again this season, but the full-back has made a triumphant return to the squad and is arguably better than ever.
After making his long-awaited comeback during the recent trip to Catalans, Evalds has racked up four tries in as many appearances.
With his sheer pace and game intelligence, the Salford academy graduate is a renowned creative threat and has added another dimension to the Red Devils’ lineup.
His defensive capability is undoubted, but it was in attack where he truly excelled yesterday and linked up well with the starring Lui to finish off a slick move.

70' – Niall Evalds celebrates his try which looks like it'll see the Red Devils on to victory.