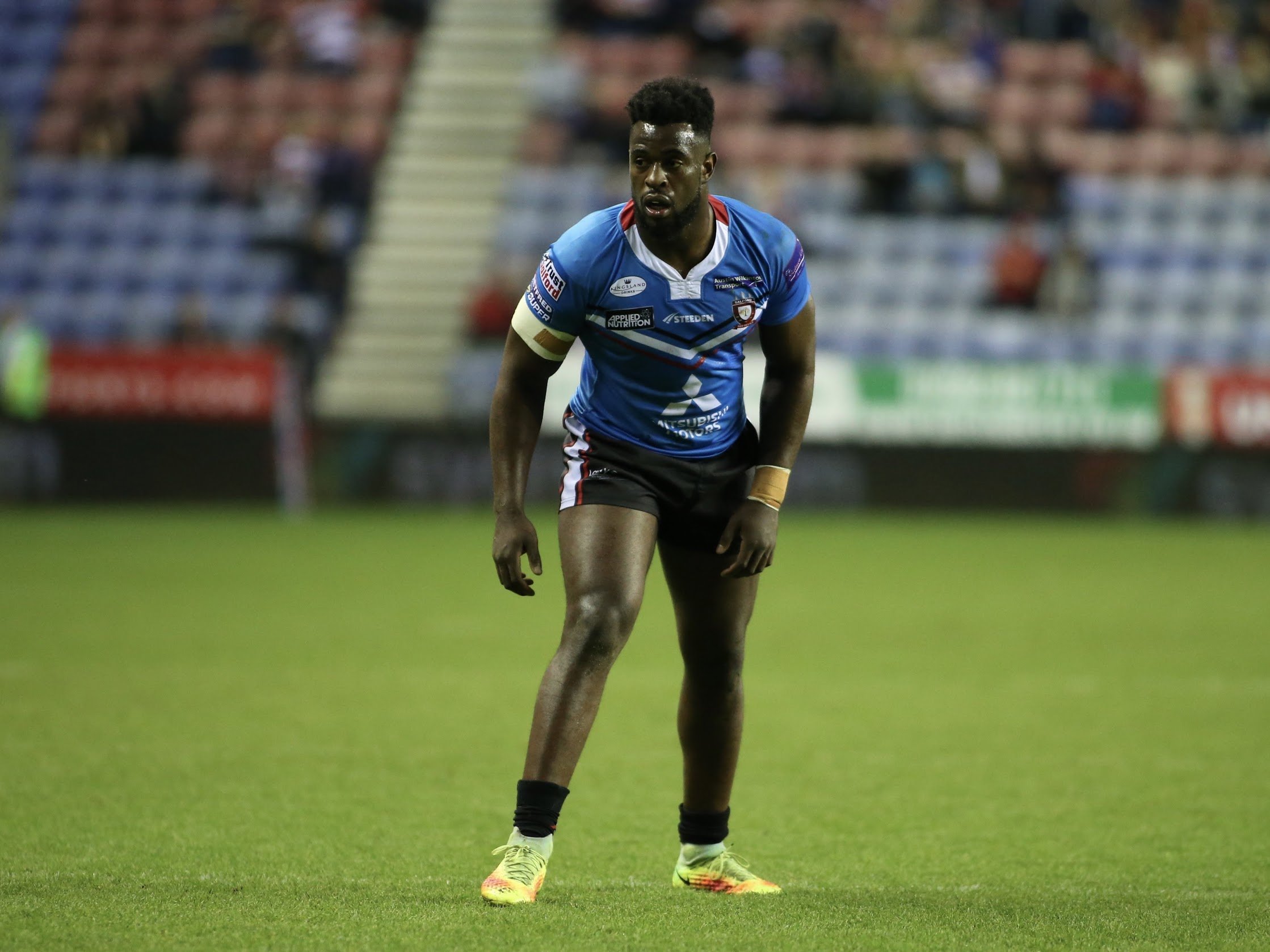 In this week’s ‘Three talking points’ we focus on three 2018 additions who all stood out despite defeat at Wigan Warriors.
Gavin Bennion
The first Salford Red Devils debutant was Gavin Bennion who has been on loan with Swinton for the early part of the 2018 season however the forward was brought into the side for last night’s trip to Wigan.
Bennion was named in the front-row and started the game really well with Head Coach Ian Watson praising his first stint of the field in his post-match press conference. The 24-year-old was a prominent figure in defence throughout the game.
The forward could be looking to cement a spot in the first team in the near future.
Levy Nzoungou
The other debutant for the Salford was youngster Levy Nzoungou was featured for Whitehaven, Oldham and Swinton before making his first Betfred Super League appearance last night.
Nzoungou came on from the bench for the Red Devils and made an impact taking the ball to the Warriors defence. The Frenchman was taking three and sometimes four Wigan defenders with him and managed to get some quick play-the-balls.
The 20-year-old now offers Ian Watson yet another option in the pack and we could certainly see Nzoungou feature again in the coming weeks.
Derrell Olpherts
He was chosen as the ‘Player in Focus’ in this week’s ‘Stat Pack’ after making a successful move to fullback in the absence of Niall Evalds.
Olpherts now has four Betfred Super League appearances to his name and adjusted to the role of fullback extremely well. He was confident under the high ball, worked hard with ball in hand and made a couple of key tackles for Salford.
Head Coach Ian Watson has a versatile back in Olpherts who has already slotted in at fullback, winger and centre in 2018.