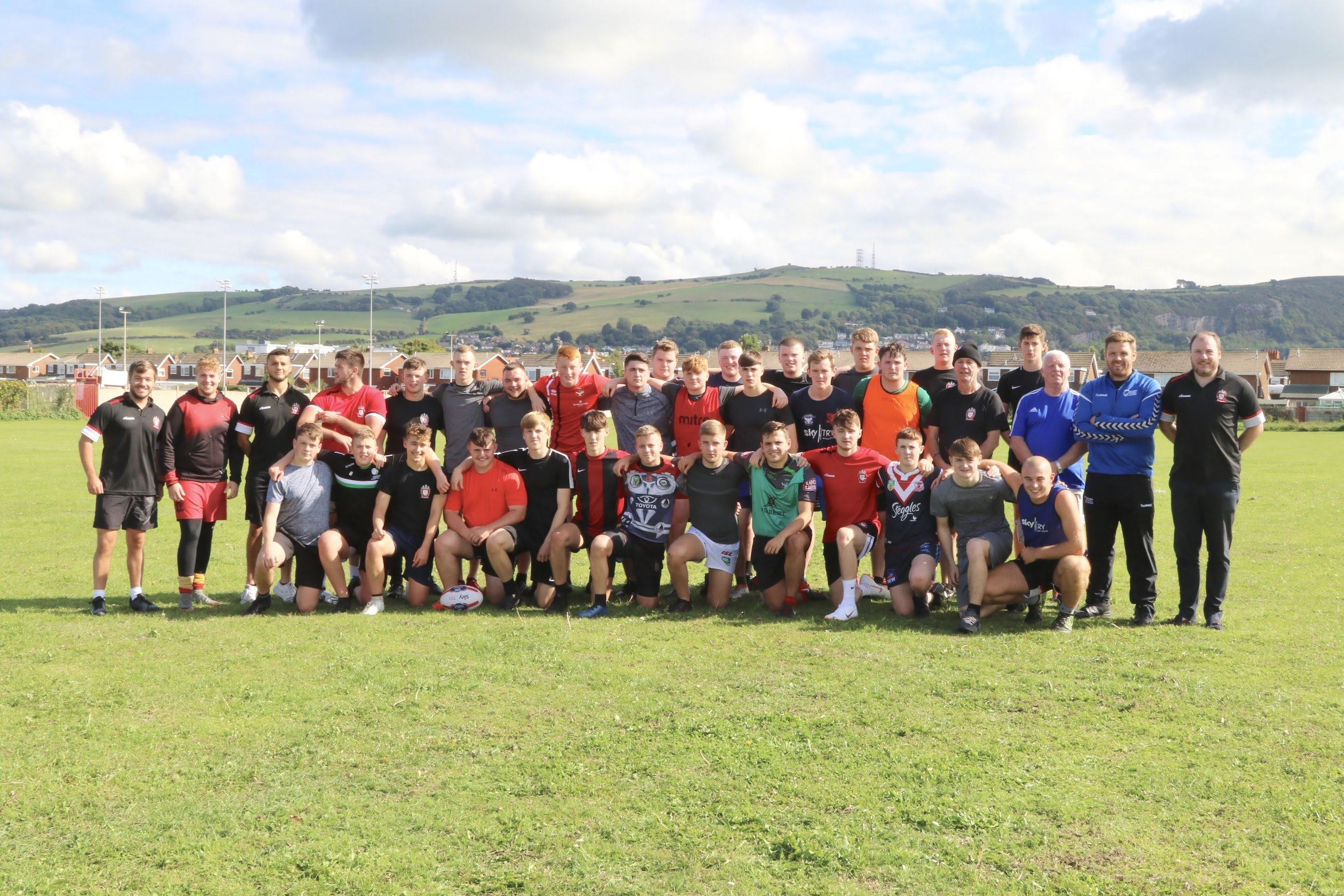 Two converted tries in the last five minutes of this keenly fought encounter, gave the visiting Hopwood College side victory in what was the final U19s’ fixture of 2018.
The fact that the two sides are jointly linked together in terms of sharing facilities, gave the match an extra bit of bite, as both sides endeavoured to impose their supremacy over their friends and rivals, but it was the visitors who got off to the brighter start, when they crossed for two unanswered tries to pull themselves twelve points ahead.
The Red Devils did eventually find their rhythm, however, and started to pull themselves back into the game with two well taken scores.
The first came from prop forward Will Toone, who used his size and strength to crash over between the posts and give Connor Law a straight forward conversion attempt, by which he successfully halved Hopwood’s lead.
Within a few minutes that lead had been all but eroded away when Law showed some fine footwork in the right-hand corner to fox the defence and score.  His conversion attempt on this one and only occasion failed to find its mark, and Hopwood not only hung on to that slender two-point lead, they improved upon it with yet another converted try.
Just before half time, however, Law, yet again, reproduced some of his clever footwork to cross in the other corner, and this time was successful from out wide with the conversion attempt, which brought the half time score to 16-18.
Coach, Danny Barton, was consequently able to speak with a much happier dressing-room than might otherwise have been the case, to encourage the lads to build on the momentum they had built up.
“We had got off to a slow start,” he acknowledges, “but the lads had stuck to their task and done really well to force their way back into things, so we used the time to discuss how we would be able to take further control.”
Whatever the details of this were, they certainly payed dividends because, after ten minutes of attrition, a break down the wing by Law found hooker Connor Aspey supporting down the centre, and he finished off grounding under the posts. Law added on the conversion for good measure, to give the Red Devils a 22-18 lead.
Sadly, the time, over which they held onto that lead, was measured in seconds rather than minutes, for, owing to an error at the subsequent restart from which Hopwoodre gained possession, they levelled the score with an unconverted try.
“That misfortune took a lot out of our lads, and they didn’t really manage to get themselves back up after it,” Danny concedes.
Hopwood, on the other hand, had got the boost they needed, and used the remaining time to good effect by scoring two further tries to take the spoils.
Nevertheless, there were enough positives in the Salford performance for Danny to draw upon and console his charges.
“It was a good game throughout between two evenly matched teams, in which our lads displayed clear evidence of the improvements they have made since the sides last met early in the season,” he assesses. “It was eventually down to some naivety which was our undoing in the later stages of the game.”
The youth, and lack of size of the Salford players, were once again telling factors, and remain issues which only the march of time will adjust.
“Despite this we matched them physically, but at the end it was a couple of Hopwood players, in key positions who were able to use their size and force their way over against our tiring defence – tiring as a result of the effort they had put in throughout the game as a whole.”
Now with a couple of weeks’ respite over the festive period, the players can recoup some energy, in readiness for their return to take part in the knock-out cup competition, which kicks off, immediately upon the resumption, in January,
SALFORD: Josh Stafford, Connor Law, Lewis Roberts, Joe Lawlor, Will Timmins, Callum Hughes, Keiron Prescott, Austin Downham, Connor Aspey, Will Toone, Will Mills, Lewis Zammit, Sam Eyres.
REPLACEMENTS: Dan Goddard, Jak Fairbrother, Josh Bentley, Ben Whitely.