Watkins – “We can go there and get the job done”

Watkins – “We can go there and get the job done” 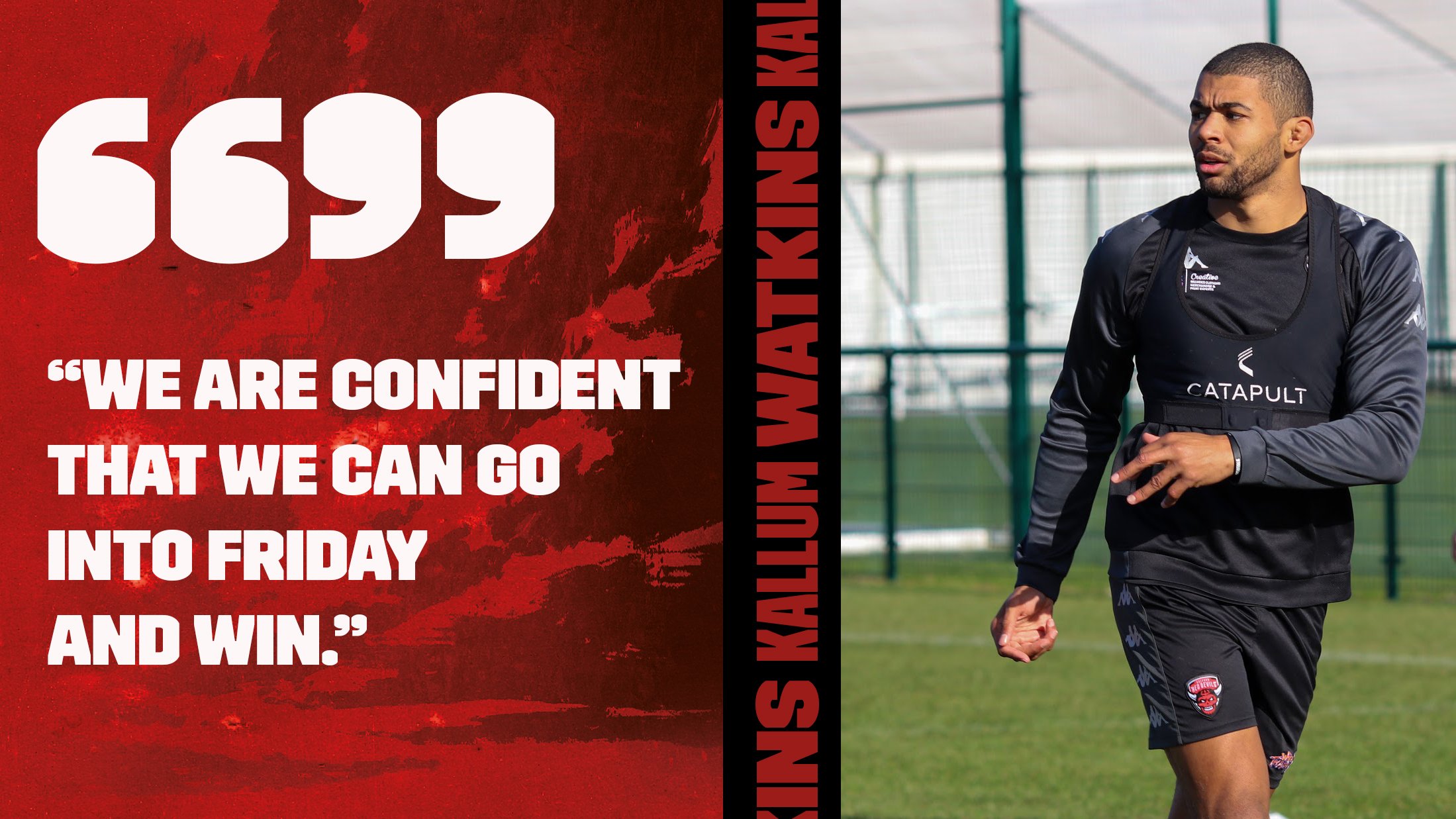 Salford Red Devils’ Kallum Watkins believes Salford can rise to the challenge of St Helens ahead of their Round 1 clash with the reigning champions on Friday.

The England centre, who joined his boyhood club back in September, thinks the Red Devils have every reason to be confident that they can take victory from Saints in the opening round of the Betfred Super League.

Following a promising pre-season, a strong start to the campaign will be key to fulfilling Watkins’ wider ambition to bring silverware to the AJ Bell Stadium.

Watkins said: “It is exciting, you have got to take it as a challenge.

“For us, it has been a really good pre-season and we are confident that we can go into Friday and win.

“We are going up against the champions, there is no two ways about it, they are champions for a reason, they are a quality side and they have been the best side for the past two/three years.

“We have got a good squad, we have just got to believe in ourselves as a group that we can go there and get the job done.”

🎟️ Buy yourself a season ticket and get behind @ken_sio1 and the lads this year!

Watkins, who started in the 2017 World Cup final for England, is also harbouring aspirations that he will return to the international fold and knows that delivering key performances for Salford will be crucial to that.

“I want to be consistent in my game and make sure I am preparing as best as possible,” he explained.

“In terms of recovery, there is going to be times where we are playing a few games in a short space of time.

“I want to be successful with this club, I want to win trophies and I want to build on the ambition of what they want to achieve.

“Injury and performance has pushed that aside over the years so that is another goal for me to go for but I have got to prove that by putting my all on the field.”

Written by: Will Dickson