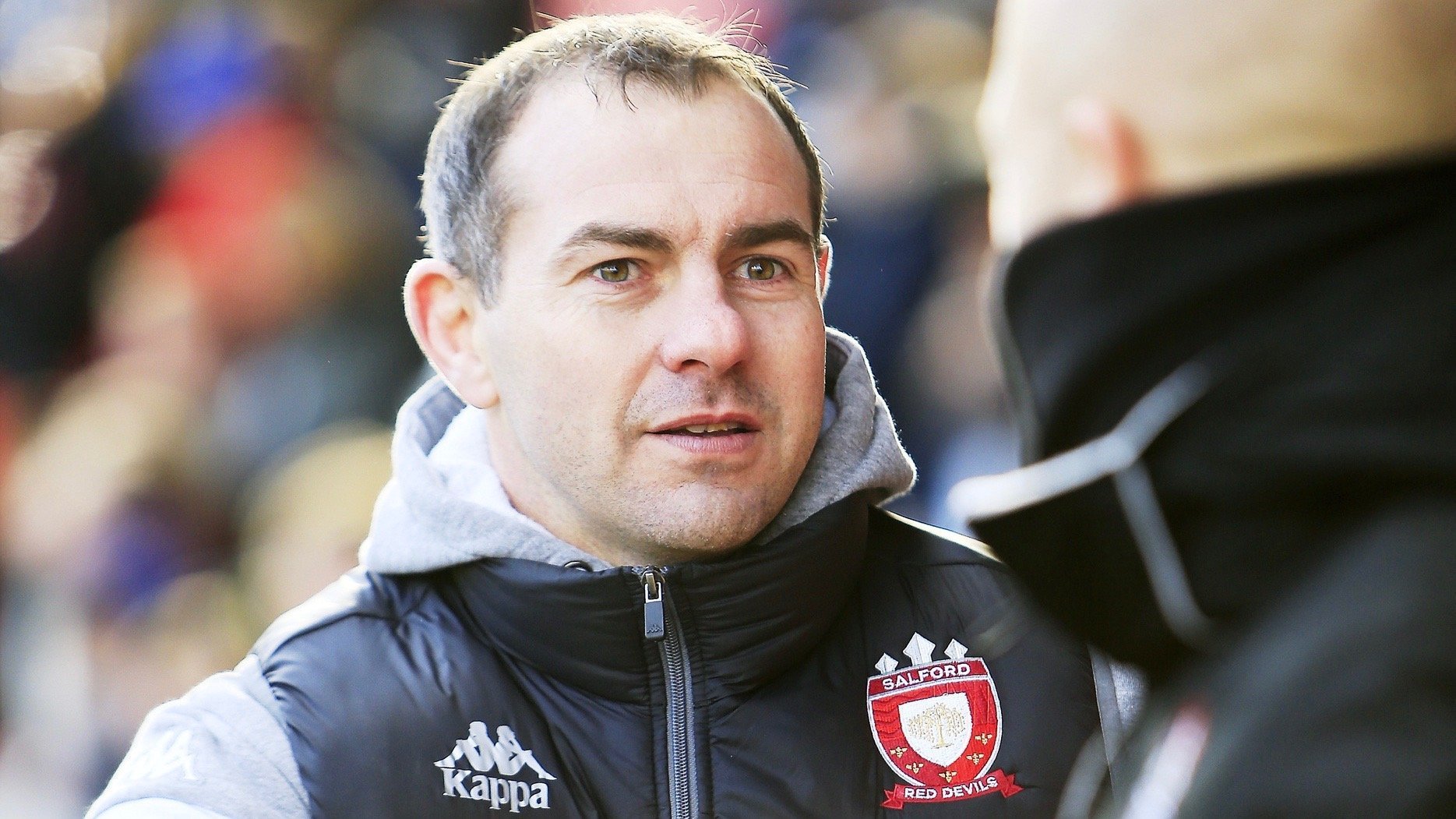 Salford Red Devils head coach Ian Watson has been appointed assistant coach to Wayne Bennett for the return of the Great Britain Rugby League Lions this autumn.
Watson earned a record 30 caps for Wales before moving into coaching, and now has the Red Devils sat in the Super League play-off positions.
The Red Devils boss said: “I was honoured to play so many times for Wales, and I’m delighted that the Great Britain team has been reformed, so it’s a privilege to have this chance to be involved on the tour.
“There is a great history of Wales players and coaches being involved with the Rugby League Lions, and I’ll also be representing Salford who have given me such a great opportunity in coaching.”
Watson was interviewed by Bennett last week during the Great Britain Head Coach’s mid-season visit, and will now be involved in the player assessment and selection process throughout the summer before a Great Britain Performance Squad is announced in September.
London Broncos head coach Danny Ward has also been appointed as one of Bennett’s assistants for the tour.
Kevin Sinfield, the Rugby Football League’s Rugby Director, said: “We are delighted to have Ian and Danny on board for the Great Britain tour. They both struck up an immediate rapport with Wayne Bennett at interviews last week – as well as having proved themselves excellent coaches in their work with Salford and London over the last couple of years, they are also great personalities to add to the tour, both with first-hand knowledge of the special challenges and opportunities of international Rugby League.”
Great Britain will play four Tests on consecutive weekends from October 26 to November 16 on their first southern hemisphere tour since the 2006 Tri-Nations series – one against Tonga, two against New Zealand, and finally in Papua New Guinea.
Watson’s Salford side are next in action on Friday night, when they travel to face Wigan Warriors. Ticket information is available HERE.