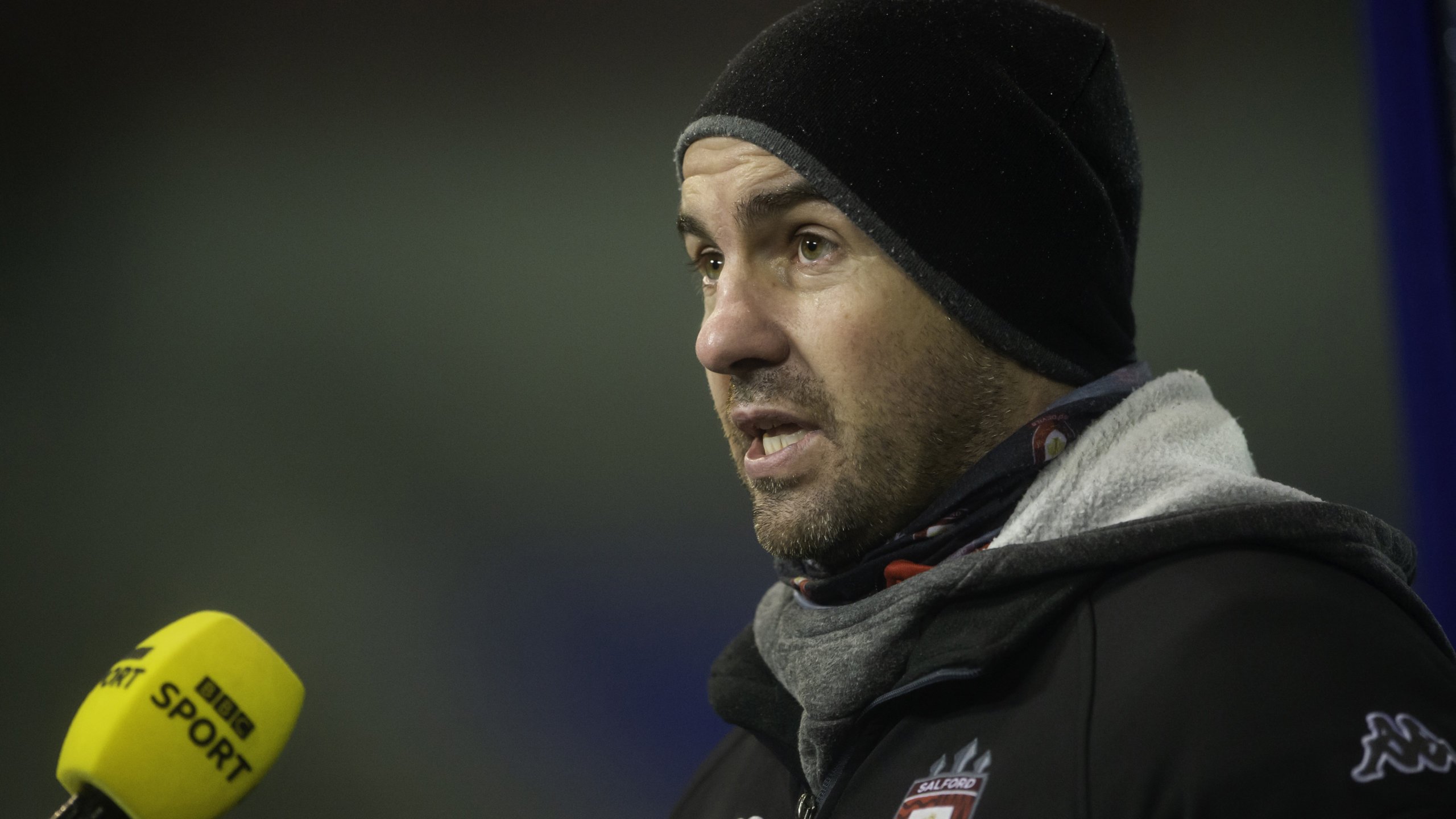 In just under two weeks time, Salford Red Devils will be competing in a Coral Challenge Cup Final for the first time in 51 years, and head coach Ian Watson insists his side will not be settling for a runners-up medal.
Salford pulled off a monumental comeback win against Warrington Wolves over the weekend in the Semi-Final at the Totally Wicked Stadium – Joey Lussick leaving it late with the winning try six minutes from time.
Speaking on his side’s impressive victory, Watson said: “We were under pressure for probably the full game. I thought Warrington were playing the conditions really well and we were our own worst enemy – coming up with errors and putting pressure on ourselves.
“Over the last four weeks we’ve been winning that way anyway and we’ve been comfortable in games like that, sticking with the arm wrestle and coming through it.
“The boys have got a belief that they’re not going to get beat at the moment.”
Official Salford Red Devils cup final merchandise is now available to buy HERE, as excitement builds ahead of the showpiece event.
The Coral Challenge Cup Final promises to be a tough fixture as Salford face off against Leeds Rhinos, but Watson has made it clear that the Red Devils will be arriving at Wembley on October 17 with their eyes on the prize.
“We’re not there to make the numbers up, we’ll be going there to win,” Watson added.
“We obviously know Leeds are a good team and they gave us a little bit of a beating this year, so we need to make sure we’re well schooled on what we need to prepare for to go against Leeds.
“But it’s a cup final – we’ve got plenty of players in there who’ve played in cup finals and know what it takes to win.”
Some players also know the bitter taste of defeat, the 2019 Grand Final defeat to St. Helens the most recent, but Watson believes those that still remain at the club have learnt from games like that.
Watson said: “With the knowledge of what the boys got from that Grand Final and to show that resilience they have, they’ve shown they’ve learnt lessons on the back of last year.
“The players have got to receive all the credit for what they’ve done, they deserve everything they are getting at this moment in time.”
Hear more from Ian Watson on RDTV.

❓ Our friends @SalfordCCG want to understand what young adults think of Covid testing and the vaccine.

🛒 You could be ... in with a chance of winning £50 of Love2Shop vouchers, by filling in their survey!