“We’ve got to continue to work hard” – Paul Rowley

“We’ve got to continue to work hard” – Paul Rowley 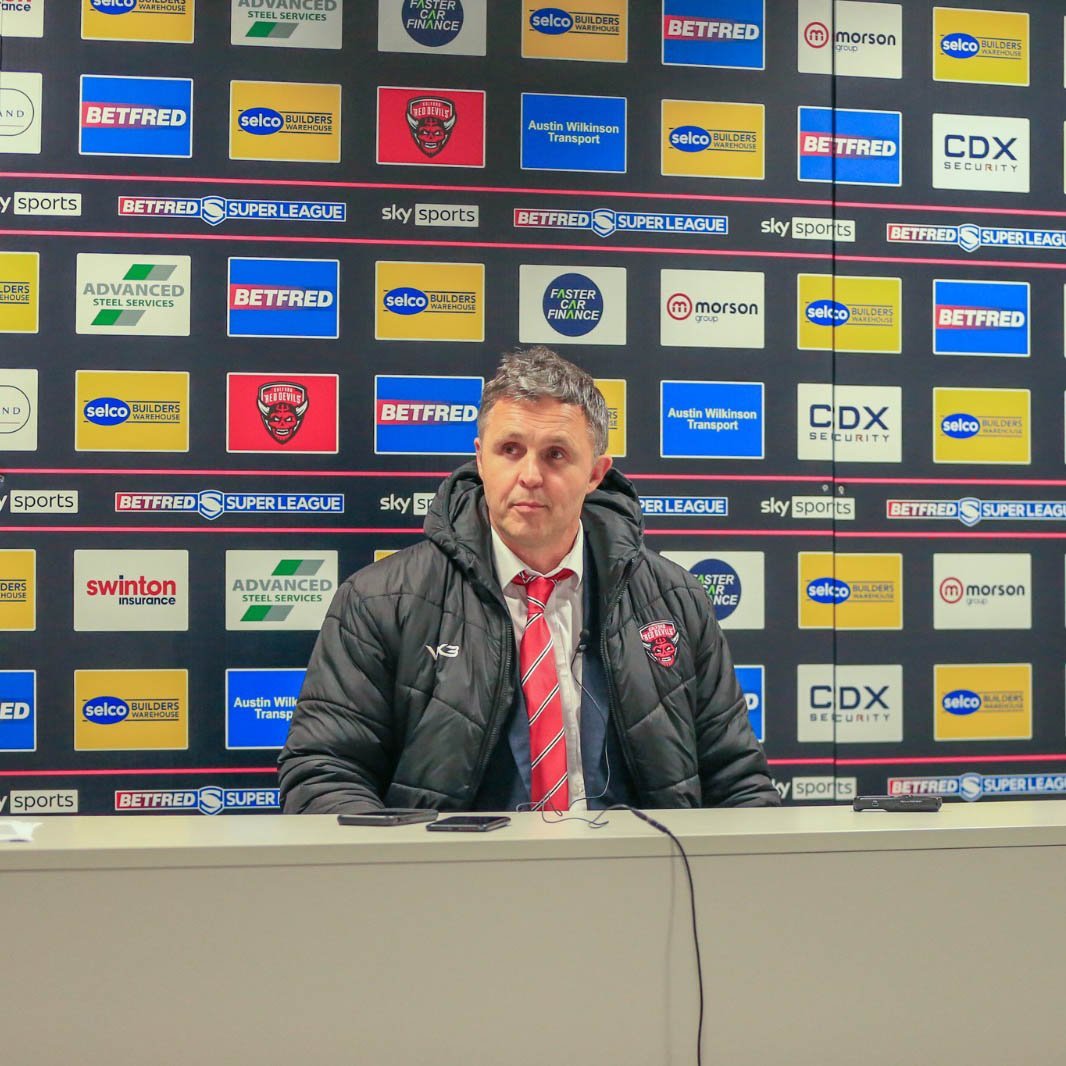 Salford Red Devils boss Paul Rowley believes his team have got to improve defensively to change people’s opinions, after suffering a third Betfred Super League loss of the season against Hull KR on Friday night.

The Red Devils went into half-time 18-0 down after some of KR’s danger men were allowed too much time and space on the ball to create opportunities and force openings in the Salford backline.

Rowley’s side were much improved in the second 40, with tries from Ken Sio, Shane Wright and Joe Burgess cutting the gap to within two. However, the visitors held on and were able to extend their lead late on through young Mikey Lewis

After an incredible start to the Betfred Super League season, the Red Devils have hit a tricky patch in form and will want to try and turn it around as quickly as possible.

The head coach believes it all starts with the players’ attitude and how they apply themselves when they take the field.

Rowley said: “We’re about trying to change people’s opinions of our team. Everyone’s opinion prior to the season started was we’re easy beats and we’re one of the bottom three and we’re there for the taking every time as an opportunity for everyone to pick up points.

“We’re doing nothing at the moment to change that and people’s opinions, so we’ve got to continue to work hard.”

Up next for Rowley’s men are Leeds Rhinos, who visit the AJ Bell Stadium on Friday. The West Yorkshire outfit – coached by Richard Agar – have only won one of their opening five fixtures.