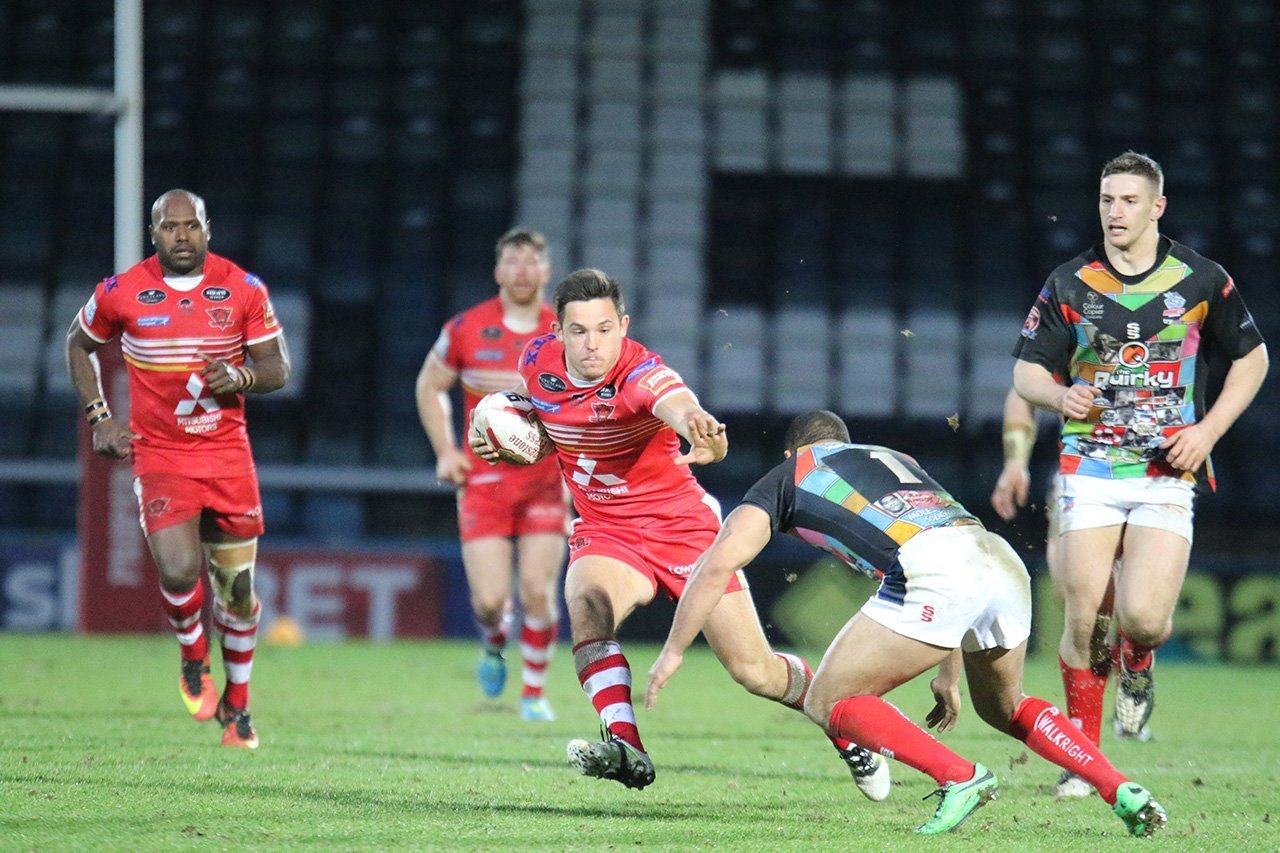 The Red Devils fell to defeat at the DW Stadium against a Wigan side who now climb above Salford in the Super League Super 8s table.
Salford had some sustained pressure on the Wigan line in the opening five minutes but, in fact, it was the Warriors who opened the scoring. George Williams’ low kick was met by Sean O’Loughlin who finished well under the posts.
Wigan then took the upper hand scoring four more before the break. Joe Burgess rounded the Red Devils defence from a scrum before Liam Farrell powered over from close-range.
Burgess would grab his second of the evening midway through the half after a looping pass from Williams put the winger clear down the flank. Sam Powell finished the scoring for the first half as he latched onto a low kick. Williams converted three from four meaning Salford went into the interval with a 26-point deficit.
Ian Watson’s side again started the half strongly but conceded first. Farrell broke from deep before finding Burgess who raced into the Salford half but it was Williams who finished the move for the Warriors. Frank-Paul Nuuausala forces his way over a few moments later to continue the hosts dominance.
The Red Devils did get on the scoresheet with just under fifteen minutes remaining as Niall Evalds, who moved to centre in the second half, climbed highest to claim a kick to the posts and plant the ball down much to the delight of the travelling Salford fans.
But, Wigan had the last laugh as Liam Marshall scored out wide on the back of some quick hands from Sam Tomkins and Anthony Gelling.
Wigan: Tomkins, Marshall, Gelling, Gildart, Burgess; Williams, Leuluai; Nuuausala, McIlorum, Clubb, Bateman, Farrell, O’Loughlin. Interchanges: Isa, Sutton, Powell, Tautai.
Red Devils: Evalds, Vatuvei, Bibby, Jones, Johnson; Carney, Dobson; A.Walne, Tomkins, Krasniqi, Lannon, McCarthy, Hauraki. Interchanges: O’Brien, Kopczak, Griffin, Brining.
Referee: Chris Kendall. Touch Judges: Warren Turley & Stewart Kirkpatrick. Attendance: 11,229.